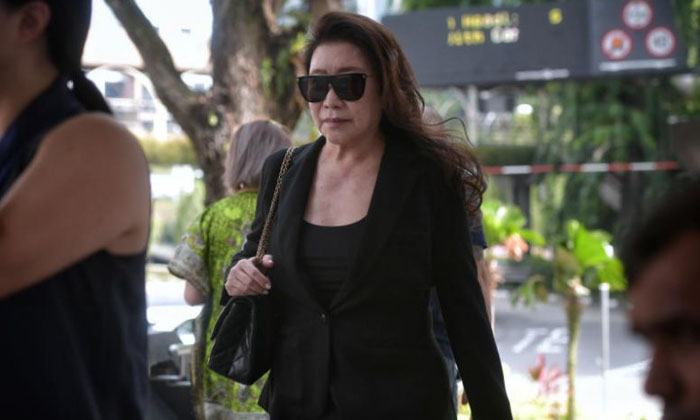 Shi was furious that her neighbour Mr Nasrat Muzayyin was having a raintree pruned because it was going beyond the driveway of his bungalow at Astrid Hill near Holland Road, reports The Straits Times.

After going to his home and spewing profanities at him, she hollered: "You cut my tree, my tree is a living thing. I hope your kids die."

Shi had pleaded guilty on Aug 14 to two charges of wrongful confinement and a rash act endangering the personal safety of others, and another drink-driving charge from a separate incident.

Three other charges of a similar nature will be taken into consideration during sentencing.

Indian national Ankathi Thirupathi, 35, was hoisted in the crane bucket to prune the tree using a chainsaw. Shi subsequently arrived at the scene in a car half an hour later and sounded her horn.

After an argument with Mr Nasrat, she took the key to the crane, ignoring the workers' pleas to return it before driving off, which left Mr Ankathi trapped in the bucket.

Mr Ankathi was only freed after nearly an hour by Singapore Civil Defence Force officers, who used a ladder to rescue him.

Shi, who was infamous for her offences involving her Ferrari, was found guilty of assaulting a BMW driver on Aug 17, 2017, saying that her "instinct was to give him a slap".

She had punched the driver after accusing him of not letting her Ferrari pass him at Telok Ayer Street carpark, although she later attributed the reason for her outburst to her "depression".

Read the full story on