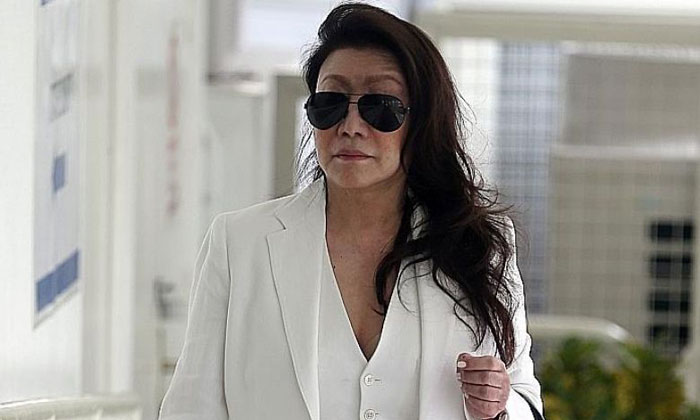 After a two-day trial, District Judge Chay Yuen Fatt convicted her of hurting Raphael Chong Yen Ping, 39, by punching his face along Telok Ayer Street at around 5pm on Feb 25, 2014, reports The Straits Times.

Chong had suffered a cut above his eyebrow after she had assaulted him.

She claimed that she had done so after he had abused her for using vulgar language and said that it was a slap, not a punch.

In court, Shi said: "I was very stunned, shocked and humiliated... He was not a respectable gentleman. My instinct was to give him a slap (and) I did."

However, Judge Chay said that "no profanities were uttered" by Chong and rejected her testimony adding that she admitted in an earlier police statement that she had punched him and in her testimony on Jun 29.

Shi was expressionless as she sat in the dock while the judge delivered his verdict.

Shi had wanted Chong to move his BMW so that she could pass by him but Chong thought that she had enough space.

He told her: "Don't know how to drive, don't drive a Ferrari."

Shi then got out of her vehicle to take photos of Chong's car.

An eyewitness said that Shi then moved towards Chong and punched him through the car window.

Shi is now out on bail. Her mitigation and sentencing will be held at a later date.