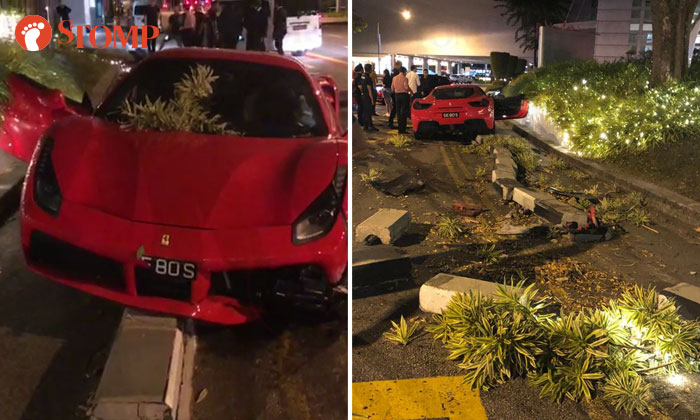 A 73-year-old Ferrari driver was taken to hospital after he crashed his car outside the Pan Pacific Singapore along Raffles Boulevard in the early hours of Sunday morning (Feb 3).

Stomper Rohaizat alerted Stomp to the accident and shared photos and videos he took of the red luxury sports car at the scene.

From the videos, it appears that the driver had lost control of his vehicle while travelling along a driveway, causing him to crash out onto the main road.

In response to Stomp media queries, the police and Singapore Civil Defence Force (SCDF) said they were alerted to the accident along 7 Raffles Boulevard at about 4.40am.

"The driver, a 73-year-old man, was conscious when taken to Singapore General Hospital," a police spokesman said.