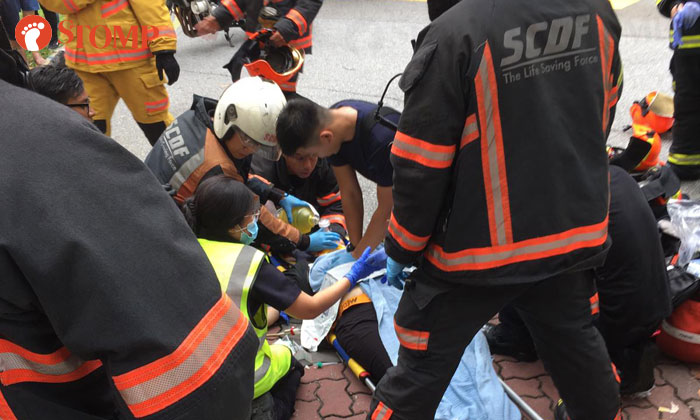 A 39-year-old female e-scooter rider died after she was involved in an accident with bus along Woodlands Avenue 6 on Friday morning (Apr 26).

Stomper Ivy alerted Stomp to the accident and shared a photo her husband took at the scene.

"The bus hit the e-scooter rider while turning into the carpark near Admiralty Place," she said, adding that the vehicle involved in the accident was a private bus.

In response to Stomp media queries, the police and Singapore Civil Defence Force (SCDF) said they responded to the accident at about 9am.

The e-scooter rider, a 39-year-old woman, was unconscious when taken to Khoo Teck Puat Hospital where she succumbed to her injuries, a police spokesman said.