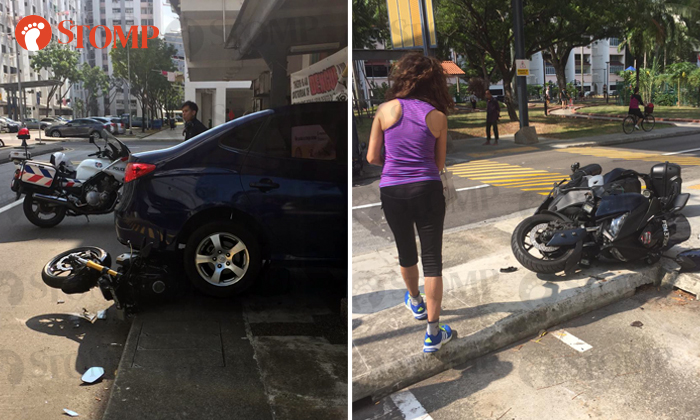 A car driver ended up on a sheltered walkway after ploughing into two motorcycles that were parked outside a coffee shop in Ubi on Thursday morning (Aug 1).

Responding to queries by Stomp, the police said they were alerted to an accident involving a car and two stationary motorcycles at Block 325 Ubi Avenue 1 at 9.36am.

Stomper Larry, whose white scooter was parked at the scene, contributed photos showing the aftermath of the accident. 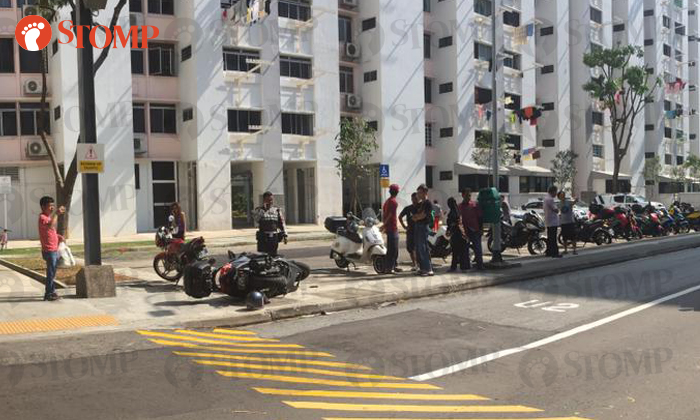 Larry said: "The driver was a woman in purple. I heard bystanders saying that she told the police that she had stepped on the wrong pedal.

"A lot of people said it was very lucky that there were no injuries as the pedestrian walkway is normally heavily used.

"What a start to the Hungry Ghost Festival."