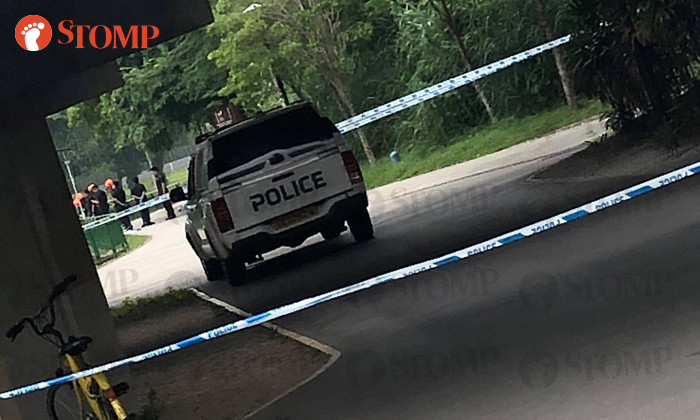 A female body was discovered in Fernvale Link, along Buangkok Park Connector, on Friday afternoon (Aug 3).

The police told Stomp that they were alerted to a body found floating in the waters of Sungei Punggol near Sengkang West Avenue at 12.48pm.

In response to a Stomp query, the Singapore Civil Defence Force (SCDF) said it received a call for ambulance assistance near 30 Fernvale Link at about 12.50pm.

A woman's body was retrieved from the water and she was pronounced dead at the scene by paramedics.

Stomper Ethel, who was at the scene at around 1.40pm, said: "We wanted to take a look but area was cordoned off and an old uncle told us there was a dead body."

A picture taken by Ethel shows how a section of Buangkok Park Connector had been cordoned off by the police and authorities responding to the incident.