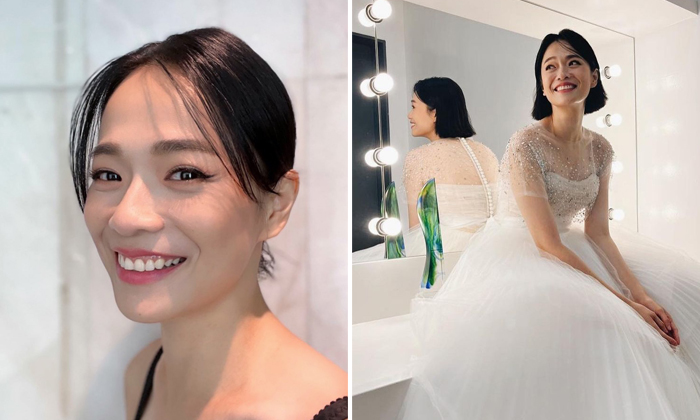 Home-grown actress Felicia Chin has announced that she will be leaving Mediacorp soon.

In a social media post on Thursday (June 23), she wrote: "This might take you by surprise but I want to personally share with you that I am going to leave Mediacorp this coming July and move on to a faith-based ministry."

The organisation she will be joining, hhm.sg, lists itself as a media/news company on its Facebook page.

The 37-year-old actress said she had been deliberating over the move for a while.

"This is definitely not a goodbye but a new beginning," she wrote.

"I do still hope to take on meaningful projects and be able to contribute to the media scene if there are suitable opportunities.

The Celebrity Agency, Mediacorp's artiste management arm, confirmed her departure in a statement and said that her last day with them will be on June 30.

"We have worked closely together over the years and we appreciate her passion and professionalism," it said. "We will miss her greatly and wish her all the best."

Chin, who won her 10th Top 10 Most Popular Female Artiste prize at the Star Awards in April, told Chinese-language evening daily Shin Min Daily News that she took about four months to arrive at her decision.

The actress, whose last project with Mediacorp is the upcoming drama When Duty Calls 2, added that the station offered her an attractive pay raise when discussing her contract renewal.

The offer, she admitted, was tempting.

"I hesitated as I am human after all. However, I decided to stick to my original intention and seek a new direction in life."

According to Shin Min, her decision to leave Mediacorp was fully supported by her boyfriend, actor Jeffrey Xu.

When asked if they would get married soon, Chin laughed and replied: "Nothing is impossible."