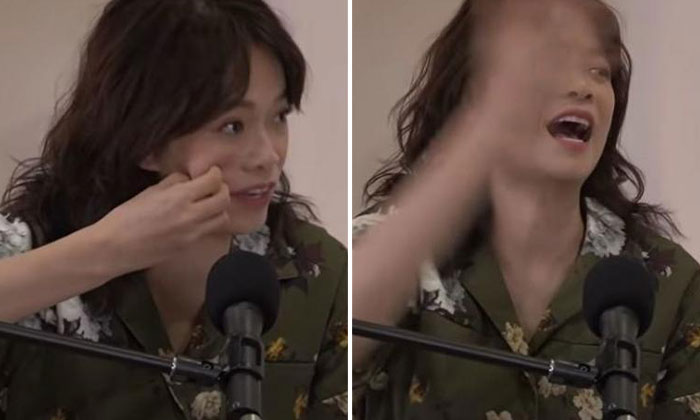 She was slapped on her first day in primary school.

And it scarred her emotionally, says actress Felicia Chin.

She even demonstrated what the slap was like, on a recent episode of the R U Okay? podcast with Jean Danker.

She said the teacher pulled her cheek back, “the furthest she could go" and then “piak!” (see photos).

Such a punishment was not unacceptable back then, said the 37-year-old.

When asked why it had happened, she couldn’t recall more.

"I can't remember what happened but I thought there's only so much you can do as a Primary One kid, like a scared little kid.”

The memory had come back to her when she reflected on why she was so afraid of making mistakes.

The childhood trauma had led to her equating mistakes with punishment and pain.

It did make her study hard though, to get into the “Apple” group of top pupils.

The teacher had segregated the class into such groups, with “Orange” at the bottom.

And Chin agrees, saying these pupils got more scolding and punishment.