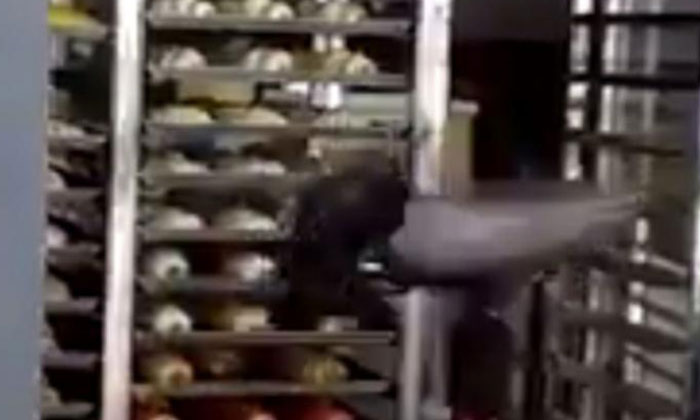 Someone has been feeding pigeons right in front of a bakery along Hougang Central, causing some of the birds to fly into the shop itself.

Reporters visited the shop on Wednesday (Dec 6), where a spokesman, Mr Chen Xiao Long, 31, told them that someone has been feeding the birds almost daily from two weeks ago.

Breadcrumbs would be scattered along the corridors and grass patches, drawing large flocks of pigeons.

Mr Chen told Lianhe Wanbao that the culprits would visit around two to three times a day.

The pigeons, after feeding on the crumbs, would often fly into the bakery to feast on bread and dough.
Said Mr Chen:

“Even when there are customers in the shop, the birds are not afraid.”

Mr Chen added that since the feeding begun, employees have become more busy, as they would have to chase away the opportunistic feeders in addition to their daily chores.

He said that an employee from the morning shift told him that she had seen a couple throwing the crumbs and leaving after.

However, the employee did not have evidence to support her claims.

She also did not confront the two, as she was afraid of offending them.

“If someone complains about an employee, the worker will receive a warning letter.

“The employee did not want to risk getting a letter, so she did not confront the couple.”