FB user complains about driver who 'challenged' him, netizens say he deserved it 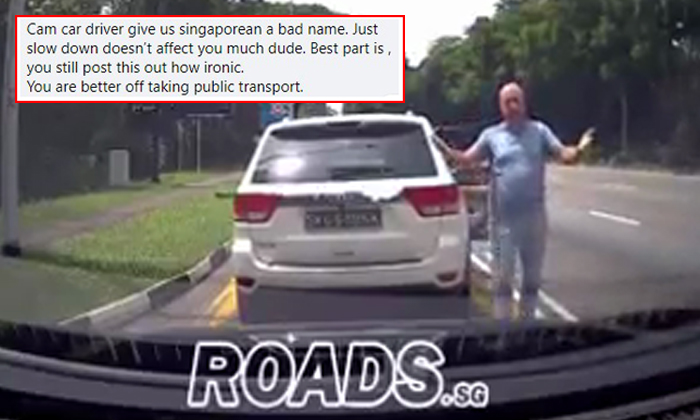 A motorist took to Facebook to complain about a driver who allegedly challenged him during a road dispute, only to receive flak from netizens.

The incident occurred along Adam Road on Saturday (May 15), at around 2.45pm.

Facebook page Roads.sg posted a video of the incident, which was submitted by an unnamed user, on Tuesday (May 18).

The user said in the post caption: "This reckless driver exited from a side road without checking for oncoming traffic.

"To make matters worse, he stopped and came out of his car to challenge me for giving a warning honk."

However, netizens were unsympathetic towards the user's plight.

Many felt that the user had behaved in a reckless manner and provoked the other party. One even said: "(You) totally deserved the scolding".

Others pointed out that both drivers were at fault and that they could have acted more graciously in the situation.