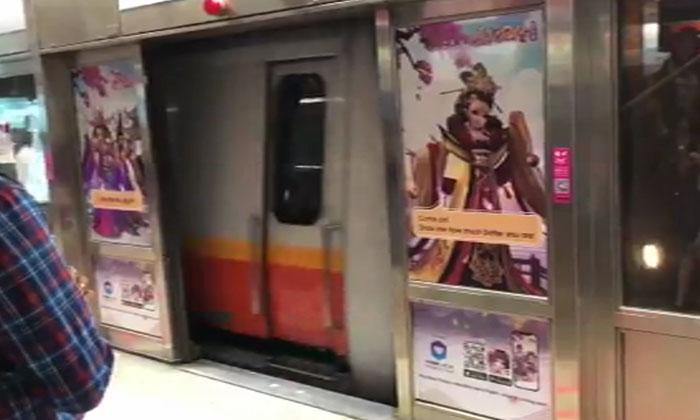 A fault that caused platform screen doors at Dhoby Ghaut MRT Station to be kept open resulted in a delay on the North-South Line during Thursday evening's rush hour (May 17).

Train operator SMRT told Stomp in a statement that due to the faulty doors, trains entering and leaving the station had to move at a slower speed for the safety of commuters.

Stomper Kannan, who was stranded at Newton MRT Station, contributed photos of the crowd that had gathered there as a result of the delay.

He told Stomp: "Two trains had already passed, but the passengers cannot get in."

"The announcement said there is an additional 15 minutes travel time from Ang Mo Kio to Dhoby Ghaut.

"But I am on the side going towards Woodlands."

[NSL]: Due to a platform screen door fault, pls add 15mins train travel time from #AngMoKio to #DhobyGhaut towards #MarinaSouthPier.

In an update at 6.46pm, SMRT said that free regular bus services were available between Novena and Marina South Pier.

In response to a Stomp's query, SMRT said: "At 5.45pm this evening, the platform screen doors at Dhoby Ghaut MRT Station developed a fault that kept the doors open.

"As a result, trains entering and leaving the station had to move at a slower speed for the safety of commuters.

"This affected the movement of trains during the peak hour from Ang Mo Kio to Marina South Pier in both directions.

"Our engineers were deployed immediately to fix the fault. SMRT staff were deployed at Dhoby Ghaut to guide commuters at the platform screen doors.

"Free bus services were made available between Novena and Marina South Pier to help ease congestion at stations. Our engineers are investigating the cause of the door fault.

"We are sorry for the longer journey time."

In an update at 8.08pm, SMRT said that the platform screen door fault has been cleared, and train services were progressively being restored.