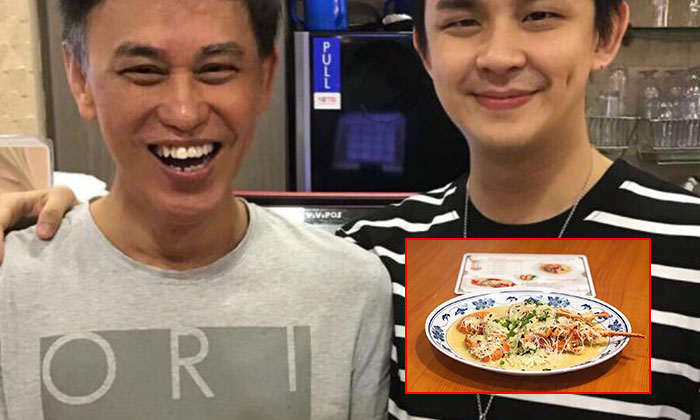 A father and son duo came up with a new fusion cuisine —  Cheesy Flavoured Beehoon — drawing many new customers and increasing their business at their restaurant l by 30 per cent.

The stall, House of BeeHoon is situated in Bishan and has been opened for two months.

The boss, Mr Xue Shao Fa, 62, told Shin Min Daily News that in order for the restaurant to remain competitive, it was important to innovate and experiment with different ingredients.

“While discussing the menu with our chefs, my son suggested that we add cheese to our bee hoon.

“At the beginning, I was a little worried about the final taste of the dish, but it turned out to be unexpectedly good.

“It was the perfect union of cheese and bee hoon.”

His son, Mr Xue Han Sheng, 26, said that the latest food fad revolves around the adding of cheese into different food items.

As such, he wanted to try adding it to their signature bee hoon.

“Other than adding cheese in the bee hoon and cooking it together, I also thought of adding toasted cheese or make create a Tom yum bee hoon dish to excite our customers’ taste buds.”

Han Sheng who juggles between his job as an insurance agent and the restaurant said that he has always had a passion for food, and would help out frequently at the restaurant.

The head chef, Mr Chen Rongfa, 48, who has more than 30 years of culinary experience, said that it was only through experimenting with many kinds of cheese did he finally discovered that sliced cheddar cheese, accompanied with fresh milk was the best combination for the new dish.

“We use ingredients such as chicken bones, and boil them over eight hours to get the rich, savoury stock, before adding the cheddar cheese in.

“The addition of the cheese gives a fuller palate.”

Related Stories
Famous Holland Village Ipoh hor fun store owner looking for successor, at least 10 applicants so far
'Next level' airplane food that you will look forward to eating
Oreos are now combining with our favourite desserts and we couldn't be happier
More About:
food
inspiring
delicious