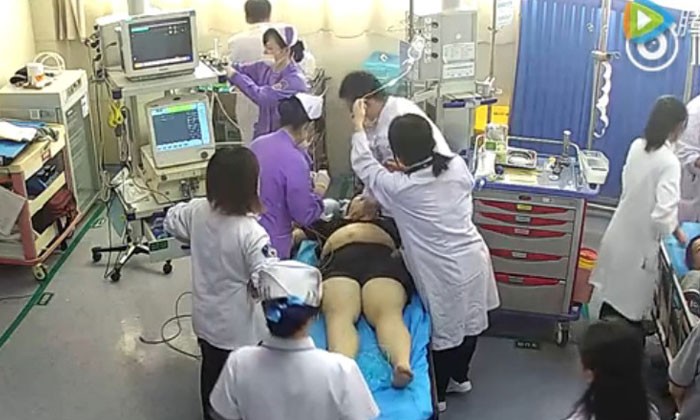 A father in China has drawn the ire of netizens for apparently demanding compensation from a doctor for damaging his son's clothing during an operation on Sep 11.

According to Shanghaiist, the man's son had lost consciousness prior to the incident was sent to a Wuhan hospital.

He suffered a pulmonary embolism, a condition characterised by a blockage of an artery in the lungs.

After arriving at the medical facility, he was wheeled to an emergency room and a doctor managed to save his life.

Following the operation, the father noticed that his son's clothing had been cut and items that were in the pockets were apparently also missing.

He then asked the doctor in charge of the procedure to compensate him with 1,500 Yuan (S$306) for the damaged clothing.

Following some negotiations, the doctor agreed to pay the patient's father 1,000 Yuan (S$204).

The incident caught the attention of netizens, who felt aggrieved about the actions of the father.

"For some people, you can bring their bodies back to life, but not their souls."