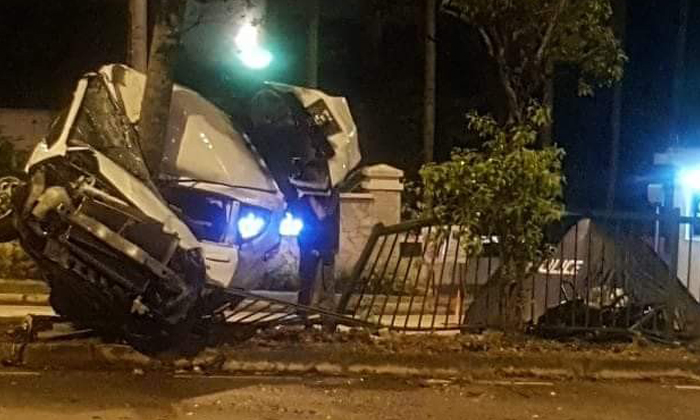 Two men who were involved in a fatal accident along Upper Bukit Timah Road on early Sunday morning (Oct 7) were reportedly cousins.

The collision, which occurred at around 1.30am, left the 28-year-old car driver injured and his 25-year-old passenger dead.

Stomp understands that the driver had lost control of his car, which then mounted the centre road divider before crashing into a tree.

Police had earlier told Stomp that the driver, who was taken conscious to National University Hospital, was subsequently arrested for causing death by a negligent act.

According to Shin Min Daily News, the two men in the car were cousins.

When reporters visited the scene, they saw tyre marks that were about five metres long. 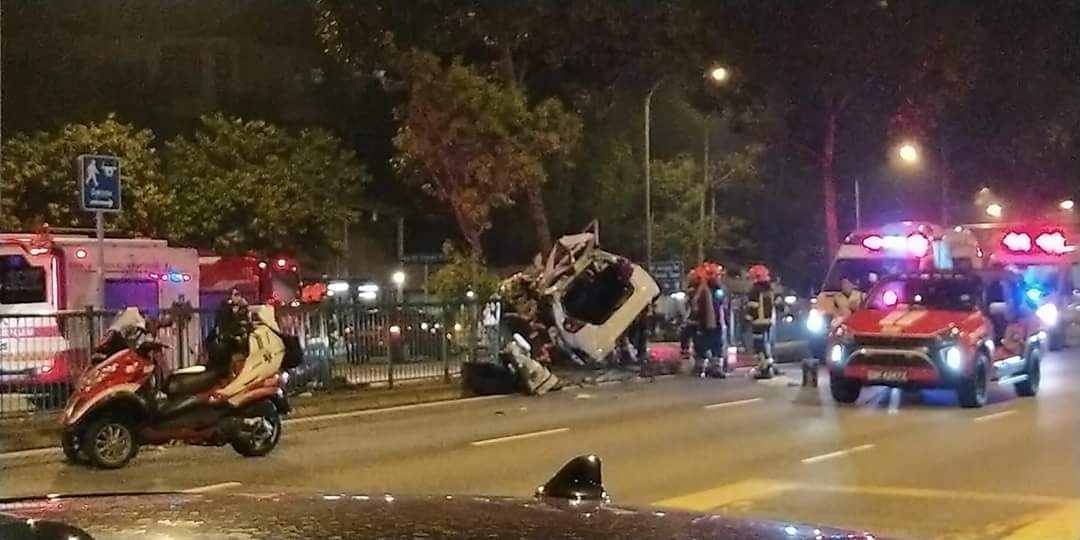 The driver, who was trapped inside his car and extricated by the SCDF using hydraulic tools, suffered superficial injuries.

It is believed that he avoided the brunt of the impact from the collision as it was mainly the left side of the car that had hit the tree, reported Shin Min.