Found: Family worried about 19-year-old girl missing for over 2 months, not 1st time she has left home 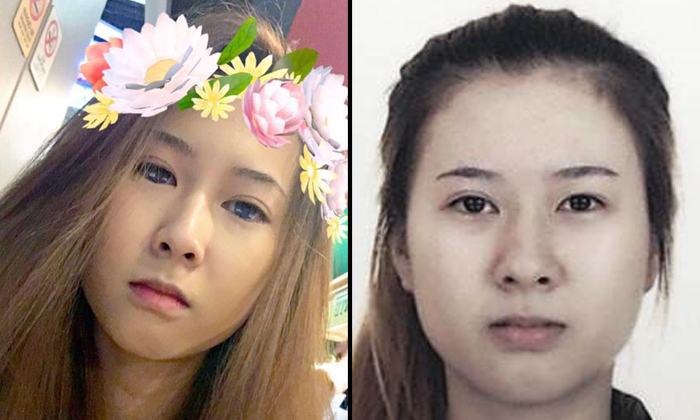 Police confirm that Ms Chong has been found.

Family members are looking for a 19-year-old girl who has been missing for almost 80 days, after being last spotted at Clementi Avenue 1.

In a news release on Thursday (Sep 13), the police said Ms Chong Xuan Hui was last seen on June 30 at about 2pm.

She had been wearing a sleeveless top and denim jeans.

Stomp understands that Ms Chong remains missing to date (Sep 17) and that this is not the first time she has left home.

When Lianhe Wanbao reporters visited Ms Chong's home on Thursday night, her 66-year-old father revealed that she has not returned home for two and a half months.

"I saw her leave the house in the afternoon, but she never returned," he added.

Mr Chong said he did not think much of it that day as his daughter often went out without informing anyone about where she was going.

However, upon realising that Ms Chong was still not back late at night, he asked his youngest daughter to call her.

That was when they realised her handphone number had been terminated. There was also no response when they tried contacting her through Facebook.

"I went to check her bedroom afterwards, and realised that she had taken her passport as well as all her photos."

Mr Chong revealed that this was not the first time his daughter had gone missing. The first time was at the start of the year and she was gone for an entire two months.

"That time was because I found out that she had secretly used my credit card to book private-hire cars. She took the rides every day and spent over $200 in two months.

"We argued and she ran away from home the following day.

"She eventually returned at her mother's persuasion."

Yet after her return, Ms Chong stayed at home doing nothing despite having graduated secondary school for a year. Her family had advised her to find a job.

According to Mr Chong, his daughter had quarrelled with her mother over work matters before leaving home this time, believing that she did so in anger.

He also added that even though this is not the first time Ms Chong has left home, she has never cut off contact with her family.

As such, the family is worried that something untoward might have happened to her and therefore called the police.