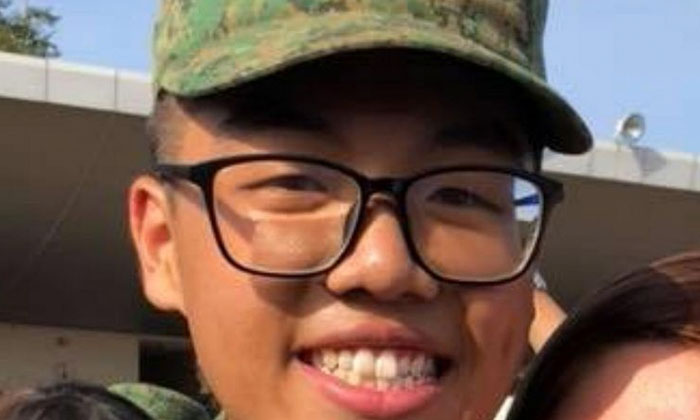 The family of a full-time national serviceman (NSF) who died on Monday (April 30), two weeks after getting warded for heatstroke on April 18, are seeking answers for details surrounding the incident.

He was conveyed to the Changi General Hospital (CGH) almost an hour after first showing signs of distress and placed in the intensive care unit (ICU), reports The Straits Times.

The Guardsman from the 1st Battalion Singapore Guards then fell into a coma and his condition worsened, before he was subsequently pronounced dead at 5.32pm on Monday, just 10 days after this 19th birthday.

On Tuesday (May 1), a Facebook user who claimed to be from Pte Lee’s battalion uploaded a post which described what allegedly happened the night before the 8km fast march.

The user also gave details on what apparently happened during and after the exercise, prior to Pte Lee’s collapse.

A woman identified Pte Lee as her nephew shared the first post, seeking clarity from the Singapore Armed Forces (SAF).

She also uploaded a photo expressing the profound loss felt by the family.

A statement was released on Tuesday evening, in which Brigadier-General Siew Kum Wong said that Pte Lee had received posthumous recognition of Corporal First Class (CFC).

He added that Pte Lee will also be awarded the Guards and RECON military tabs, as well as the Guards beret he had been training hard for.

BG Siew said: "The Army is saddened by the passing of the late PTE Lee Han Xuan Dave, and extend our deepest condolences to his family.

"The Army will do our utmost to support his family in this time of grief."

According to the statement, the Armed Forces Council will convene an independent Committee of Inquiry (COI), chaired by a senior civil servant from outside MINDEF/SAF, to investigate the incident.

The COI will also have full access to information and personnel to “investigate the circumstances leading to death, determine the contributory factors and make recommendations to rectify lapses or inadequacies uncovered.”

BG Siew also stressed that “should there be training safety violations, the personnel responsible will be held accountable.”