Family seeking answers after 1-Altitude guard found dead in 4m-deep pit: "All we ask for is justice" 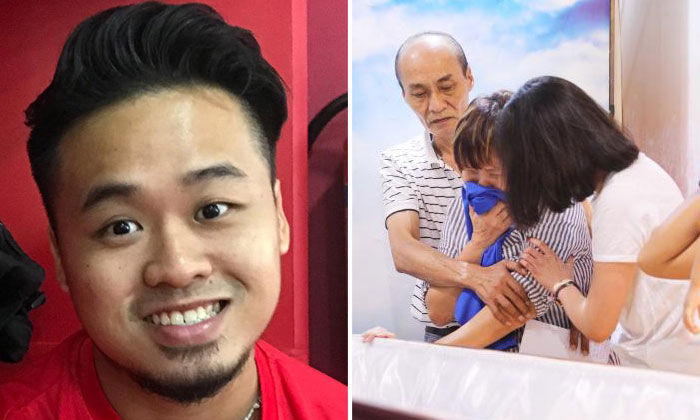 A security guard of rooftop bar 1-Altitude who fell into a 4m-deep pit and died on Sunday was apparently trying to keep two customers away from a barricaded area, colleagues who witnessed the accident told his family.

Mr Shaun Tung, 26, had spotted the duo entering the cordoned-off area just after midnight on Sunday and ran across in an attempt to stop them. He likely did not know there was a hole in the ground, his family told The Straits Times last night.

Mr Tung was a part-time guard at the alfresco bar on the roof of One Raffles Place, a 63-storey building.

Police have classified the case as unnatural death and investigations are ongoing. They had said the hole was a construction manhole. 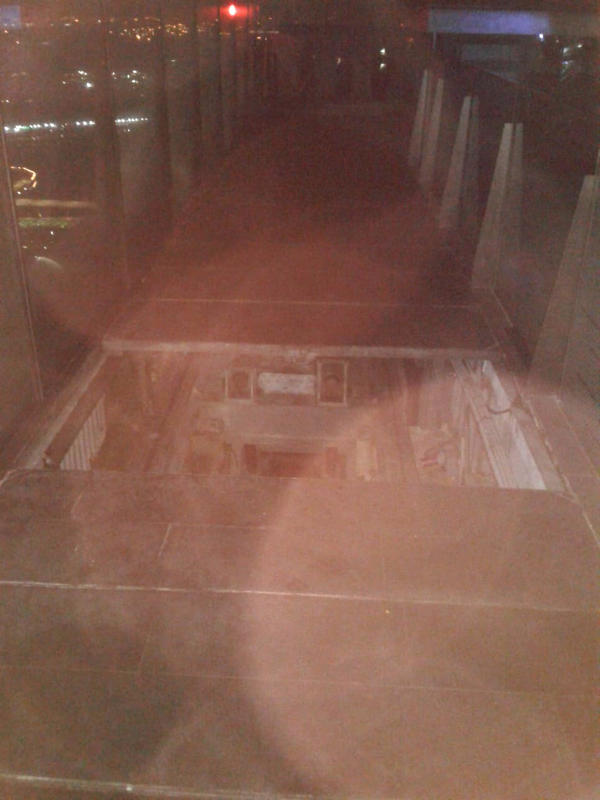 Photograph taken of the pit at the viewing point at 1-Altitude which part-time security officer Shaun Tung fell into.

Meanwhile, the building's owner, OUB Centre, and the Manpower Ministry said the accident happened in an area cordoned off for exterior building cleaning works.

It is not known if the hole was covered at the time of the accident and who the two trespassers were.

Mr Tung, a father of a two-year-old son, was cremated yesterday evening.

In an interview at the family home in Punggol, his parents and older sister said they were seeking answers to the circumstances surrounding his death.

Mr Tung had worked part time at 1-Altitude for about a year and did one or two night shifts a month.

His father Tung Kim Swee, 64, who is a surveyor, visited the site on the fateful Sunday and estimated the rectangular hole was about 1.3m wide and 1.6m long. He also said the area was unlit and he had no idea the hole was there until it was pointed out to him. The hole was not covered when he saw it.

"Nobody could explain to us why the hole was there. They just said it was for upgrading works," he added.

Mr Tung's sister Rebecca, 30, a flight attendant, said it was likely her brother was not told about it before he started his shift.

She added that her family was at a loss over who was at fault. "We really don't know anything and no amount of 'sorrys' is enough.

"All we ask for is justice."

She said her brother was very hard-working. He was a full-time gym trainer and had two other part-time jobs, including one in rehabilitation therapy.

He was taking night classes for a diploma in sport coaching at Republic Polytechnic for the past two years, and planned for further studies after completing the diploma. Mr Tung was a keen learner, and would stay awake up till 2am to study on some nights.

He held several jobs as he wanted to finance both his studies and support his wife Gaycee Buton, 32, and son Shaun Maui Buton Tung, both of whom are based in the Philippines. 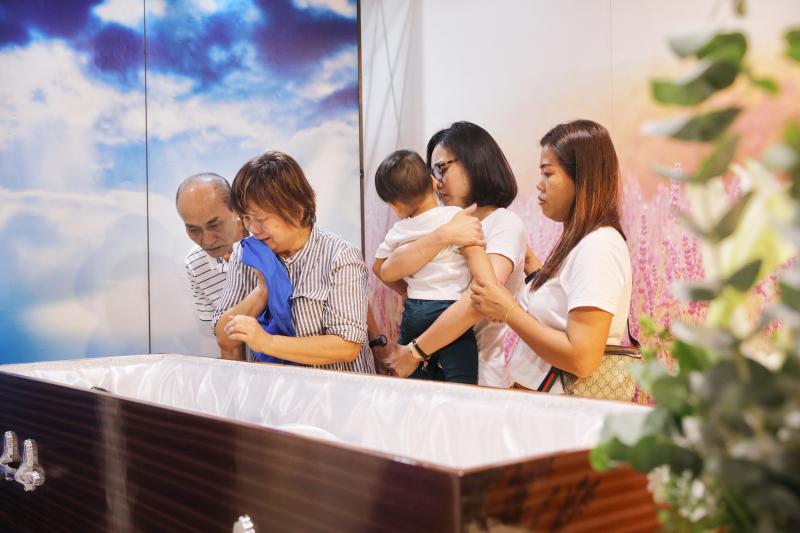 He would send over money monthly for his wife's and son's expenses, fly to the country on special occasions, such as birthdays, and also pay for them to fly to Singapore.

Beyond that, he sometimes gave money to his mother Chan Lian Poh, 59, while saving up for future expenses.

She said Mr Tung was very independent since he was young, and had always worked to buy things that he wanted instead of asking for money from his parents.

Madam Chan last spoke with him about an hour before the accident happened. Mr Tung told her that he was working, and would speak to her when he returned home.

She said tearfully: "My heart is very bitter, I don't know how I will move on. He told me he would take care of me and my husband in our old age. But... he has already left us."