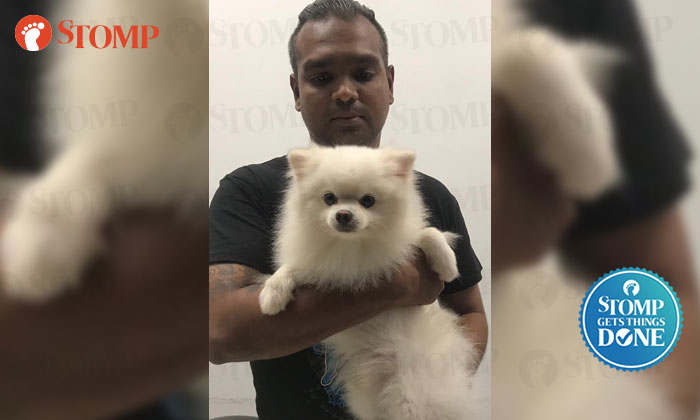 Stomper Shasiriya was overjoyed when her family was reunited with her pet Pomeranian named Sniffy after posting an appeal to find him on Stomp.

Stomp had posted photos of Sniffy on Facebook, Twitter and Instagram on July 25 after Shasiriya informed us the four-year-old male dog had gone missing from the family's Marsiling Rise home on July 24.

Her young daughter had accidentally left the gate open and Sniffy had ventured out and gotten lost.

Just a couple of hours after sharing the photos, netizens alerted Stomp via Facebook and WhatsApp that Sniffy was in the safe hands of the Society for the Prevention of Cruelty to Animals (SPCA) and provided a contact number for Shasiriya to call.

That night, Shasiriya made arrangements to pick Sniffy up and shared with Stomp a photo of Sniffy being held by an SPCA staffer.

"Stomp has been so helpful and we are really thankful for the response from netizens," she said.

She told Stomp that Sniffy has been part of the family for over a year and her children were devastated when he went missing.

"We are just speechless and happy to have him back."