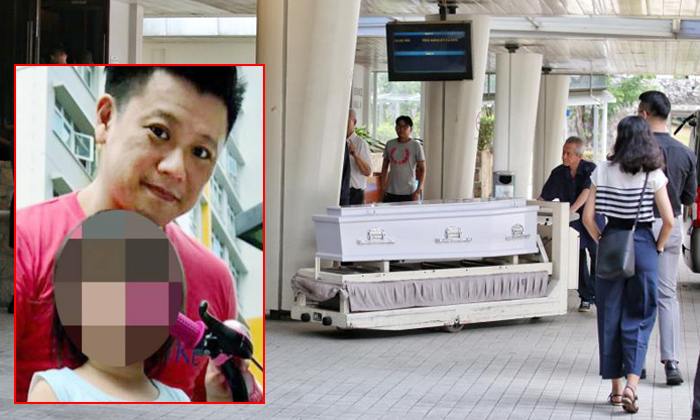 Relatives of a two-year-old girl who was allegedly murdered by her father in his Sengkang home said that the accused had doted on the victim.

Johnboy John Teo, 35, has been charged with the murder of Ashley Clare Teo, who was found lying motionless at Block 163B Rivervale Crescent on Father's Day (June 16) and later pronounced dead.

Teo allegedly suffocated his daughter in a bedroom before slashing his own neck with a knife.

According to Shin Min Daily News, family members visited the mortuary on Tuesday (June 18) to claim Ashley's body and say their final goodbyes.

Her cremation was held on the same day at Mandai Crematorium.

Ashley's aunt said: "We told Ashley not to hate her father and to forgive him despite all that she had been through, and to go in peace even though we do not know why her father did what he did."

Ashley's aunt also told Shin Min that both sides of the family are still on harmonious terms and do not hate each other even though they do not understand Teo's behaviour.

She added: "We don't hate him. We doted on Ashley and knew that he did too.

"Till today, we still don't know what happened. Now that the police are investigating, we hope to get a fair and just outcome."