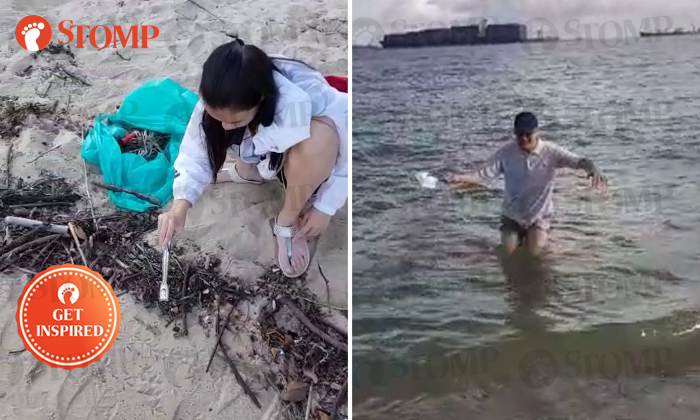 It was an exhausting Sunday (June 2) that filled Stomper Victor and his companions with a wonderful sense of accomplishment after they spent around two hours picking up litter at East Coast Park.

Victor was accompanied by his wife, his 13-year-old daughter, and her friend of the same age.

From 4pm to 6pm, they cleared the beach of litter such as plastic bottles, fishing nets, straws, shampoo bottles, slippers and Styrofoam.

"There was even a helmet and a plastic soap dish," said Victor.

"This was opposite the Chinese Swimming Club. We covered a stretch of around 100 metres and filled up four trash bags."

Asked what spurred his actions, the Stomper said he simply felt like it and that it was his first time doing something like this.

Victor was also inspired to act after coming across several articles and online posts about the recent accumulation of litter at East Coast Park, including a Stomp report on May 28. 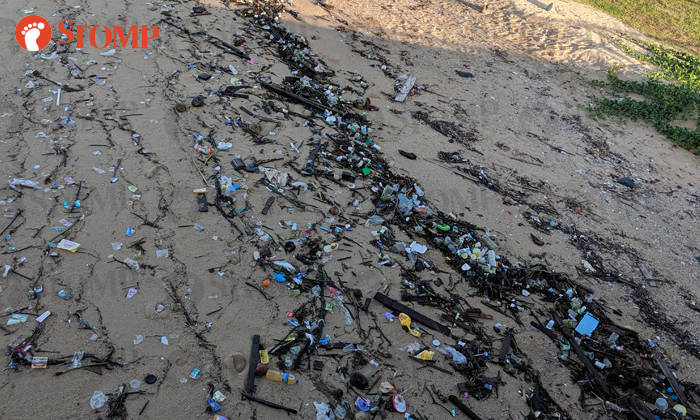 Victor told Stomp: "You know how people try to reduce their carbon footprint? Well, My family and I are trying to reduce our plastic footprint such as by using stainless steel cutlery.

"I hope people can take the initiative to do the same even without any campaigns."

He also described his beach-cleaning efforts as back-breaking but worth it, while his daughter quipped: "It felt great!"

According to the National Environment Agency's website, the influx of rubbish is due to offshore detritus that drifts onto Singapore's shores during the south-west monsoon months, from May to October.

The beaches are then cleaned more often, up to twice a day instead of four times a week.