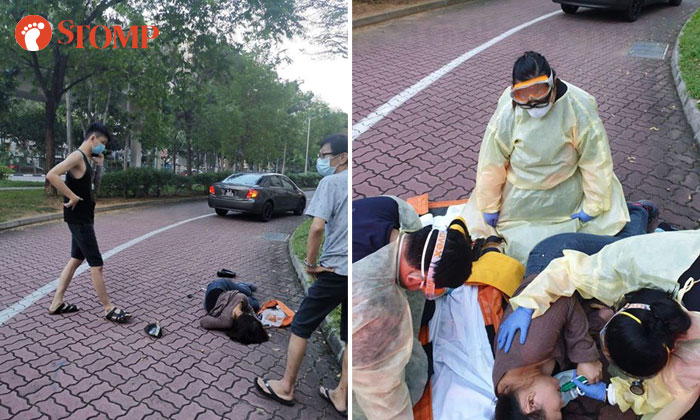 The family of a 44-year-old woman who was hit by a car at Punggol Field on May 28 are appealing for witnesses.

Stomper Judy shared with Stomp what had happened to her niece.

In photos shared by the Stomper, the woman was seen lying on the ground and later attended by paramedics.

In response to a Stomp query, the police said they were alerted to the accident involving a car and a pedestrian along the service road of Block 106D Punggol Field at about 6.26pm.

"The 44-year-old female pedestrian was conscious when conveyed to Sengkang General Hospital," a police spokesman said.

If you have any information regarding what happened, kindly contact Stomp at stomp@stomp.com.sg or WhatsApp 9384 3761.