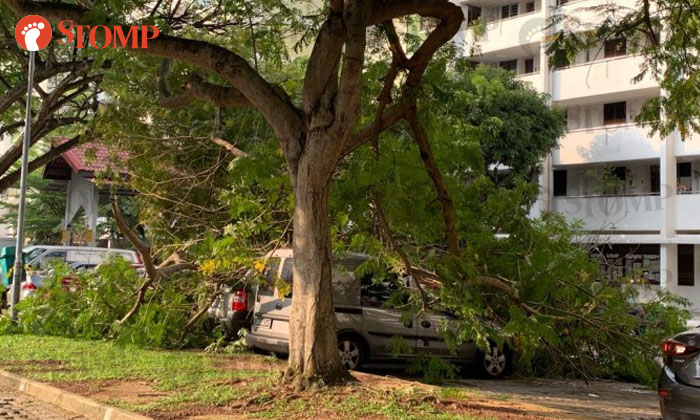 Two cars suffered dents and scratches after two tree branches fell on them at a carpark near Block 403 Ang Mo Kio Avenue 10 on Dec 24.

A Stomper contributed pictures of the incident captured at about 6.15pm.

The Stomper said: "I suspect the tree branches fell because it had been raining the day before.

"They completely buried the two cars." 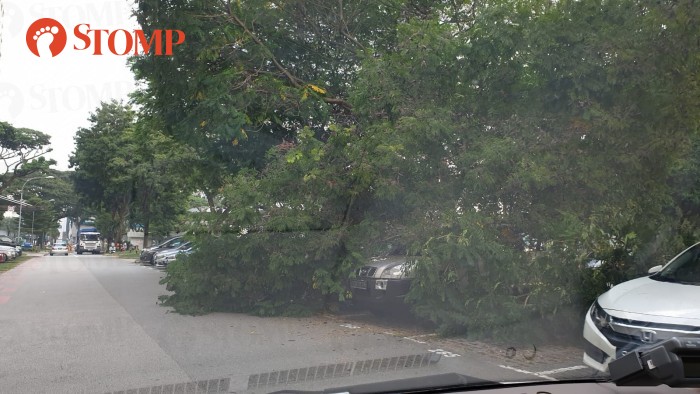 "The incident occurred at the carpark near Blk 403 Ang Mo Kio Ave 10.

"Both cars suffered some scratches and dents. There were no casualties

"The tree was pruned on Dec 26 as per scheduled in our tree maintenance plan.

"For this incident, an arborist will investigate the cause of the branches snapping, as well as re-assess the health of the tree.

"AMKTC will take further action (if necessary) based on the arborist’s report."

Related Stories
14 people celebrating party at Sembawang Park taken to hospital after tree falls on shelter
Tree branch falls after being struck by lightning and hit by truck in Clementi
One injured after tree falls on Merc at Changi South Ave 1
More About:
tree
fallen tree
nature