Fake news debunked: Video of croc with dog in its mouth is taken in Mexico, not Sembawang 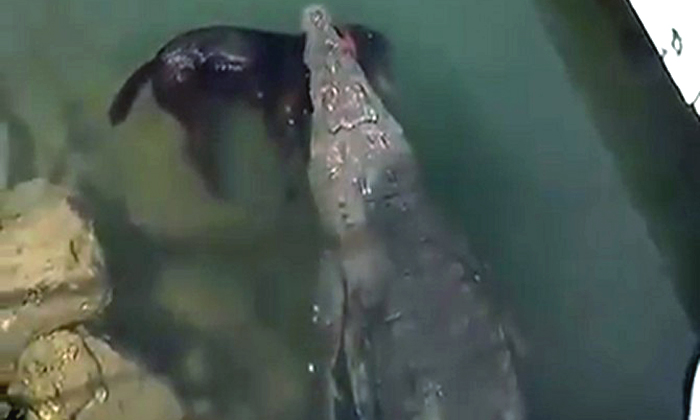 Have you seen the viral video showing a large crocodile cruising in the water with a dog in its jaws?

The video is being circulated online and on WhatsApp, alleging that the incident happened in Sembawang recently.

However, the incident did not happen in Singapore, and certainly not in Sembawang.

The video was actually captured in Mexico's Puerto Vallarta.

The clip first appeared online on April 6, 2015, and was uploaded on YouTube channel ViralHog and UK news agency The Guardian.

It was supposedly filmed by New Zealand tourist Tim Weston, who was on holiday in Mexico.

The Puerto Vallarta's marina is home to many crocodiles.

Although a video showing a crocodile in Sembawang waters was posted online recently, the new video is in no way related to the Sembawang incident.

The video taken in Sembawang was posted on the Lure Haven fishing enthusiasts' Facebook page by Ng Ham Wei, and shows a large crocodile swimming near a boat.