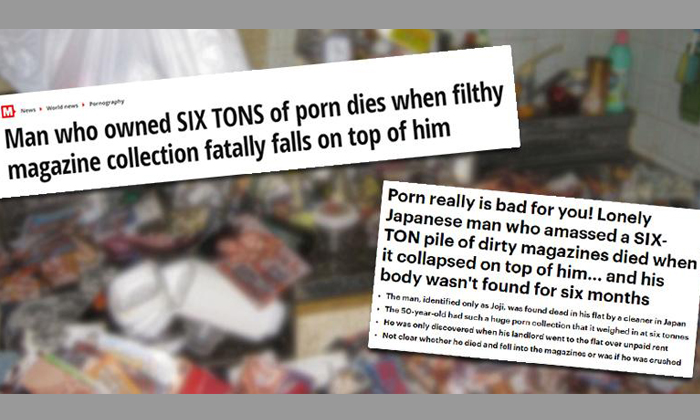 The story that had gone viral over the weekend was most likely lost in translation, Gizmodo uncovered.

But the 50-year-old had died of a heart attack on top of his stash, contrary to what several news sites, including Daily Mail, The Mirror and Toronto Sun, are saying.

A quick Google search found that so far, only Tokyo-based RocketNews24 and Russia's RT carry an accurate English translation of the Nikkan Spa report.

Related Stories
Heard of the fake $50 scare in Hougang? Here's how to differentiate real and fake notes
Woman fakes being raped and kidnapped by sending BF pics of her gagged and bleeding
fake
Japan
death
Stomp fights fake news