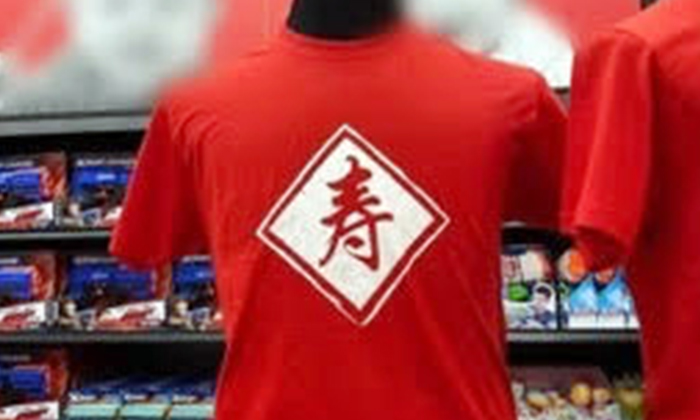 FairPrice has pulled a Chinese New Year T-shirt from its stores after receiving flak about how it's inauspicious.

A photo of the T-shirt was published on Facebook page RedAnts and has since garnered over 200 shares.

The post's caption says in Mandarin: "Would you dare to wear this for Chinese New Year?"

A resounding 'no' could be seen in the comments as netizens elaborated on their refusal.

The Chinese character 'shou' stands for longevity. When printed on clothes, it can be loosely interpreted as longevity clothing, which is used to dress the deceased at funerals.

Another Facebook user, Andrew Leong, said the character could be replaced with another of the same pronunciation that would mean "thin".

Lianhe Wanbao reported that the T-shirt along with another two are part of a series where each Chinese character references three deities in the Chinese culture -- Fu, Lu and Shou.

Responding to a Stomp query, a FairPrice spokesperson said: "We thank customers for their feedback, and understand that the product in question may unfortunately be misinterpreted as being offensive to some.

"We seek our customers’ understanding and apologise if it has caused any unintended meaning other than wishing for Longevity.

"The item has since been removed from our stores."