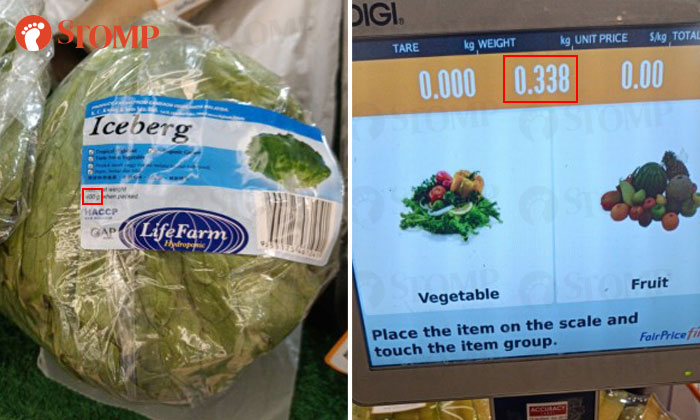 Supermarket chain FairPrice is investigating an incident where a customer found a discrepancy in weight of a head of lettuce that weighed less than what was stated on its packaging.

Stomper Albert was shopping at FairPrice Finest's Bukit Timah Plaza outlet on Wednesday (May 8) when he found two heads of lettuce of different sizes.

He was surprised to find that the packaging on the two products stated they were both 400g each. 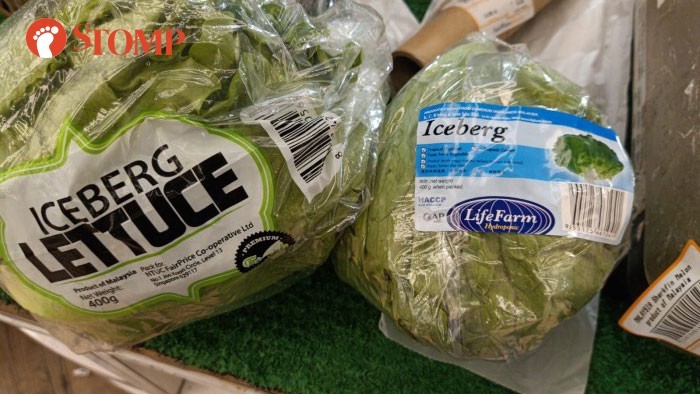 According to Albert, they were both priced at $1.60.

Being curious, Albert decided to weigh the smaller LifeFarm Hydroponics iceberg lettuce on a weighing machine in the store and found it was 338g. 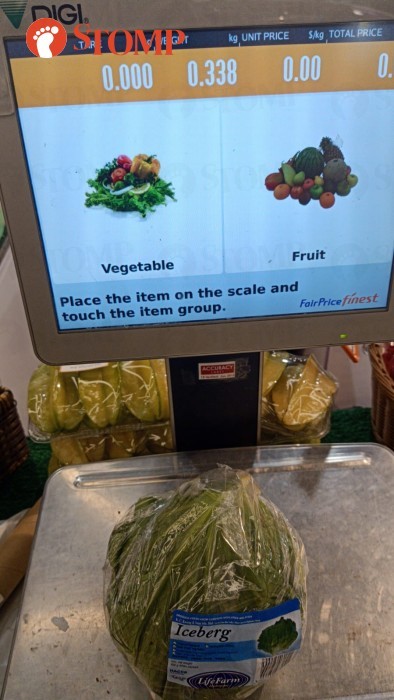 "They are both labelled as being 400g but one is obviously bigger than the other.

"The smaller one's actual weight turned out to be much lighter than 400g."

In response to a Stomp media query, a FairPrice spokesman issued the following response:

"FairPrice is aware of the alleged weight discrepancy of the LifeFarm Hydroponics Iceberg Lettuce 400g at FairPrice Finest at Bukit Timah Plaza.

"Ensuring product integrity, which includes accurate labelling, is of paramount importance and we take this matter very seriously.

"We have since been unable to trace the specific product in question and checks on existing stocks did not reveal any abnormalities.

"We are also working closely with our supplier to investigate the matter and step up on the weighing and weight inspection processes.

"We appeal to customers who find any weight discrepancy of products to approach our store staff immediately so that we may render timely assistance to rectify the issue and expedite the investigation process."

Previously, another shopper found a difference in weight of two packets of longans at FairPrice Finest's outlet at The Woodgrove in February.

Investigations revealed that the weight discrepancy was due to a fault in the weighing scale.