FairPrice: Discrepancy in weight of longans at The Woodgrove store due to fault in weighing scale 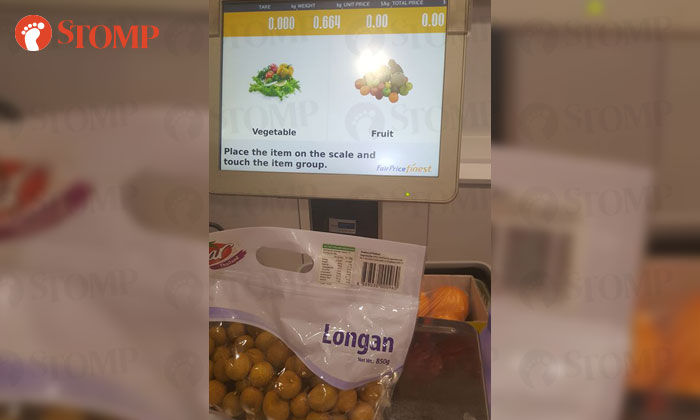 FairPrice has responded to Stomp regarding an incident where a customer found a discrepancy in the weight of two packets of longans at FairPrice Finest's outlet at The Woodgrove on Feb 12.

Stomper Sharon had just finished shopping at the supermarket when she decided to weigh a packet of longans with one of the store's weighing machines. The packet indicated the net weight of the longans to be 850g.

She was shocked when the weighing machine showed that the longans weighed only 664g. 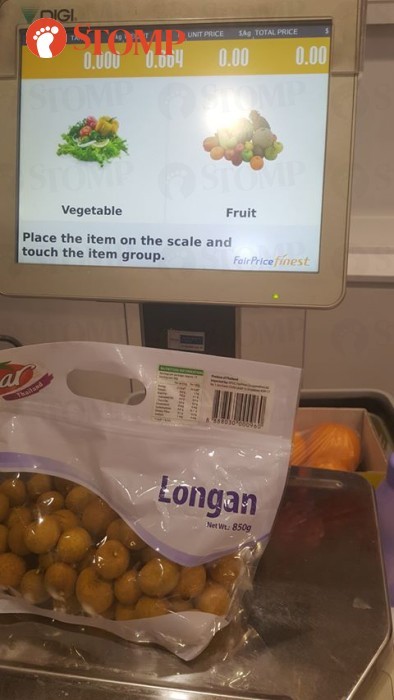 She tried weighing another packet and found it to weigh 676g. 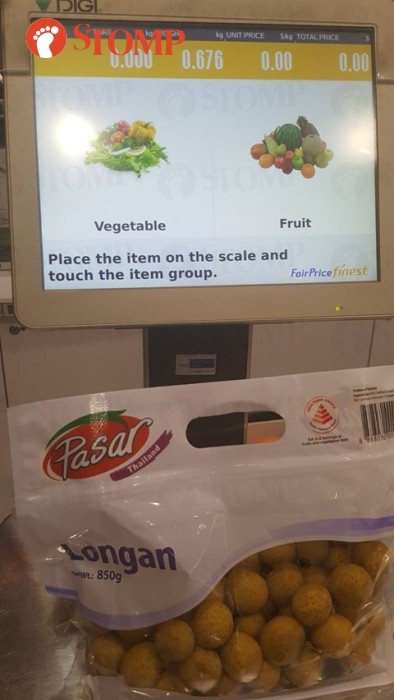 "I wondered why the packets of longans looked and felt lighter than the 850g stated on the package so after buying multiple packets, I decided to weigh them after paying for it," she told Stomp.

"After weighing the first two, I requested for the rest of the packets I bought to be checked as well.

"The team leader added more longans to my packets to meet the stated weight."

In response to a Stomp media query, a FairPrice spokesman issued the following response:

"FairPrice is aware of the alleged weight discrepancy of the Pasar Thailand Longan product sold at FairPrice Finest at The Woodgrove.

"Our investigations revealed that the weight discrepancy was due to a fault in the weighing scale, which registered lower than what the actual weight of the product is.

"Checks on existing batches of the product’s net weight do not reveal any abnormalities as well.

"This was an isolated incident that has since been rectified.

"No other scales in the store were affected, and additional measures have been implemented to ensure that such an error does not occur again.

"All weighing scales at FairPrice outlets are regularly inspected and calibrated by a government-certified vendor.

"Should customers have any queries on the matter, they can call our customer relations hotline at 6552 2722, or email general.feedback@fairprice.com.sg."