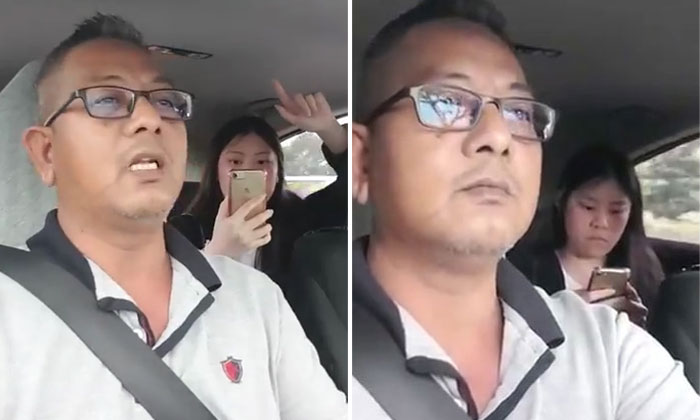 Gojek said that a "fair outcome" has been reached for one of their drivers and his female passenger whose dispute went viral after the woman accused the driver of kidnapping.

In an earlier Stomp report, Gojek driver Kamaruzzaman posted a video of the woman accusing him of "holding her hostage" after she refused to pay for Electronic Road Pricing (ERP) charges.

The driver told Stomp the incident happened on Jan 29 at about 7.10am after he had picked the woman up in Bishan to take her to Coleman Street.

In the video, she calls him "dangerous" and says that he is out to "cheat" her as he drives to Toa Payoh in search of a police station.

The woman starts getting hysterical, shouting for help and telling the officer that she is being held hostage.

When she is unable to open the door, she panics and accuses the driver of locking the door so she cannot get out.

When she finally exits the vehicle, she shouts, "Are you crazy?"

Kamaruzzaman and the officer try to explain that the vehicle's auto-lock function was on but she does not calm down.

A Gojek spokesman told The Straits Times that it has investigated the incident using the evidence provided and has spoken to Kamaruzzaman and the passenger.

"Gojek takes all complaints from riders and driver-partners very seriously... A fair outcome has been reached with the driver partner and we are of the view that the matter is now concluded," the spokesman said.

The spokesman declined to reveal details of the "fair outcome".