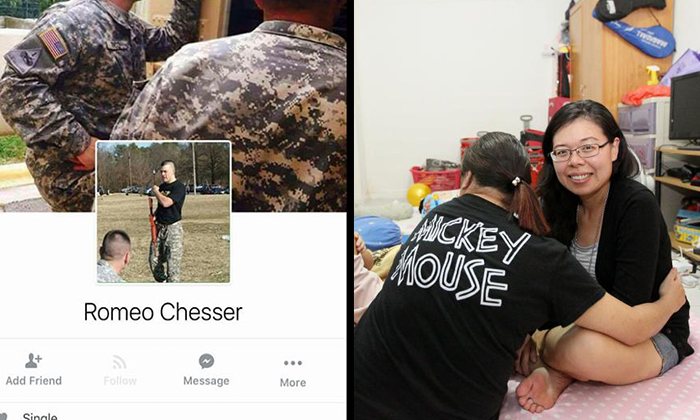 A man pretended to be a agent from a non-profit group to solicit donations meant for single parent, prompting the organisation's founder to lodge a police report.

Vivian decided to put up a post on her own Facebook page, soliciting contributions to help the woman tide over the difficult times, reports Shin Min Daily News via Lianhe Zaobao.

“I think that if everyone helps just a little, collectively we can really save someone.

“Hence, i requested that each donation can be as little as S$1.”

Vivian then opened a bank account for the recipient, depositing the S$500 raised.

Other donations came trickling in, with the amount now totalling to about S$4,000.

However, a friend informed Vivian last Sunday (Jun 4) that a Facebook user, ’Romeo Chesser’ had claimed to be an agent from SPSG and openly solicited donations on his page.

“This scammer contacted my friend via Facebook and asked her to transfer the donations to an address in America.

“Luckily my friend was perceptive and saw through the deception.”

The police have confirmed that a report was lodged and investigations are ongoing.