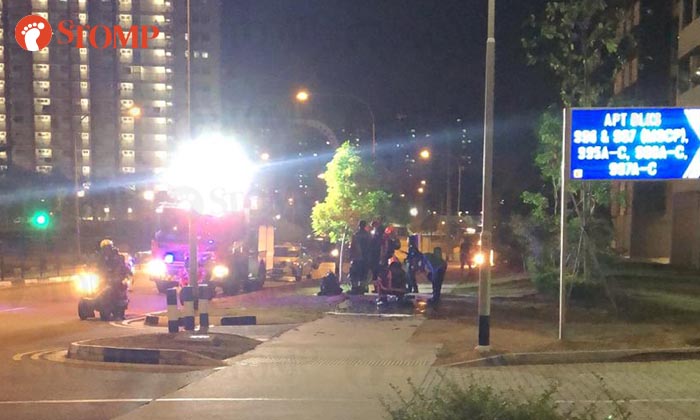 'Explosions' were heard after a Personal Mobility Device (PMD) caught fire on Wednesday (August 21) at about 10.30pm.

Stomper Jun was walking his dog near Block 997A Buangkok Crescent when he heard the 'explosions'.

He also contributed a photo of the scene.

Jun told Stomp: "I was walking my dog when I heard about four 'booms'. I thought nothing of it and continued walking until I saw a fire engine, then I went to check it out.

"I actually wanted to buy an e-scooter, but now I don't know if I should get it."

In response to a Stomp query, the Singapore Civil Defence Force (SCDF) said: "At about 10.30pm on Wednesday, SCDF responded to a fire at a pavement next to Block 997A Buangkok Crescent.

"The fire, which involved a PMD, was extinguished by SCDF using one compressed air foam backpack.