Explosion heard as car bursts into flames on PIE towards Tuas 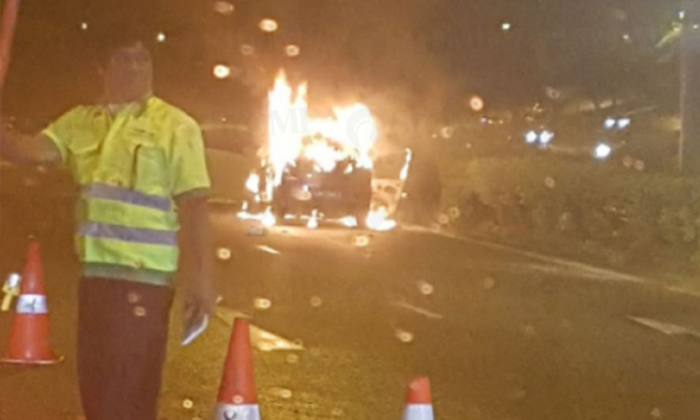 A video sent by Stomper Usain shows a car engulfed in the fire and an explosion can also be heard.

According to The Straits Times, ST reader Jacky who is an Uber driver, said: "I saw a few policemen directing traffic. The car was totally engulfed in flames. I heard an explosion."

The Singapore Civil Defence Force said it was alerted to a vehicle fire on the PIE towards Tuas after Clementi Avenue 6 at about 8.55pm.

The Land Transport Authority took to Twitter to advise motorists to avoid lanes 1 and 2.

Accident on PIE (towards Tuas) after Clementi Ave 6 Exit. Avoid lanes 1 and 2

Traffic camera footage on the One.Motoring website shows that traffic was still heavy in the area at 10.15pm.

Firemen extinguished the blaze using a water jet. There were no injuries reported.