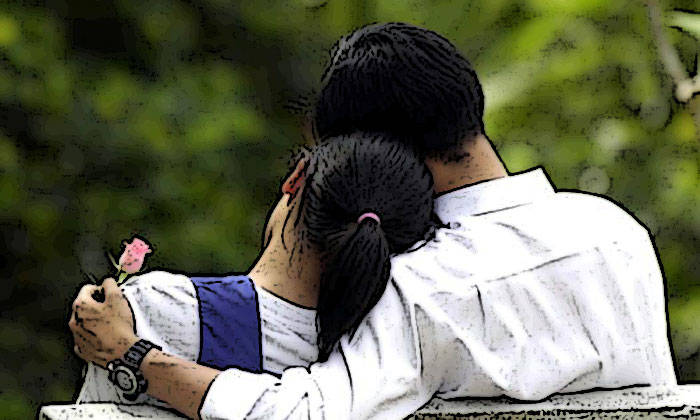 A former secondary school physics teacher was sentenced on Friday (Aug 30) to eight years' jail for having sex with one of his underage students when she was just 15 in 2015.

The man, who is now 41 years old, made her pregnant the following year.

They broke up in 2016 and the girl, who is currently 19, found out that she was 16 weeks' pregnant with his baby in November that year.

Now the mother of their two-year-old child, she alerted the police the following month.

In sentencing the former teacher, District Judge Chay Yuen Fatt said that the man had "exploited" the teenager's feelings. The judge also said that the offender had not shown any remorse by contesting the charges.

On July 31 after a trial, he found the former teacher guilty of 19 counts of sexually penetrating a minor. The man, who left the teaching service in 2017, cannot be named due to a gag order to protect the teenager's identity.

The offences occurred over 10 occasions in August and September 2015.

In their submissions, Deputy Public Prosecutors James Chew and Amanda Han stated that the man had taught the teenage girl for all four years of her secondary school education from 2012 to 2015.

In December 2013, he offered to give the girl private tuition in physics. He later started giving her and another student weekly private tuition at his home on Saturday mornings.

During the school holidays in June 2015, the man invited her to his home outside of the tuition sessions. They would talk and he would play her songs he had composed.

He confessed his feelings for her the following month and she agreed to be his girlfriend.

The DPPs had earlier stated: "Thereafter, the victim would spend time with the accused at his house. To hide their relationship, they would ensure that the accused's mother was not at home and the neighbours did not see her coming to and leaving the house. During these times, the accused started to become physically intimate with the victim."

The couple eventually had sexual intercourse for the very first time on Aug 10, 2015.

Their sexual encounters continued until late 2016 when she ended the relationship after entering polytechnic.

The teenager later found out about her pregnancy, alerted the man about it and lodged a police report.

The man, who is represented by lawyers Ravinderpal Singh and Trent Ng, had earlier admitted to initiating the relationship in July 2015.

However, he denied engaging in any penetrative sexual activities with the girl before she turned 16.

Urging the court to impose an eight-year jail term, DPP Chew stressed that the former teacher had betrayed the trust placed in him and had "singled (the teenager) out" to offer private tuition.

Mr Singh pleaded for his client to be sentenced to five years' jail, adding: "The accused wishes to put this regrettable episode of his life behind him and resume with his life after being released from prison."

For each count of sexually penetrating a minor, the man could have been jailed for up to 10 years and fined.

Related Stories
Former physics teacher had sex with 15-year-old student and got her pregnant
Ex-secondary school teacher on trial for allegedly having sex with underage female student
Principal allegedly molested seven boys in 2017 at secondary school he headed
More About:
sex
teacher
court