Ex-teacher, imprisoned in 2017 for upskirt videos, gets jail for molesting woman after release 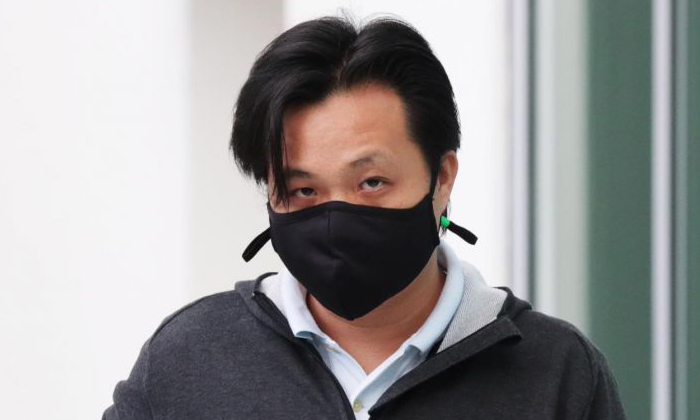 A former primary school teacher, who was jailed for 24 weeks in 2017 for taking upskirt videos, reoffended in 2018 after his release and molested a 32-year-old woman.

Deputy Public Prosecutor Norine Tan said that the woman, who cannot be named due to a gag order, got to know Wong in 2006 but the pair did not meet each other afterwards.

In 2018, after he was released from prison, Wong started commenting on her pictures on Facebook and they chatted on messaging platform WhatsApp.

The woman, who had a boyfriend, then agreed to meet him for a movie at the Filmgarde cinema in Bugis+ shopping mall on Dec 28 that year.

The court heard that she was surprised that Wong chose seats right at the end of the last row even though the theatre was not packed.

While watching the movie, Wong touched her kneecap and repeatedly slid his hand up her thigh.

The DPP said: "Nearing the end of the movie, the accused started to circle her kneecap with his thumb again and the victim moved his hand away... The accused then placed his arm around her shoulder, causing her to move it away, as she did not want him to touch her."

The woman wanted to go home after the movie but Wong asked her to stay so that they could get some food together.

The pair were in a shop in the mall when he molested her for the second time.

The woman felt very uncomfortable and moved away from him. She did not know what to do and suggested that they part ways, DPP Tan said.

The pair were at a carpark soon after when Wong molested her again. Upset, the woman told him to stop touching her and rode away on her motorcycle.

The victim later told her friends about her ordeal and lodged a police report on Jan 3, 2019.

DPP Tan, who urged the court to sentence Wong to at least eight months' jail, said: "His conduct was persistent. The accused persisted in his harassment and sexual assault of the victim throughout the evening, from the cinema to the shop and to the carpark, exploiting her inability to react due to her shock and fear and despite her intermittent attempts to get him to stop."

On Thusday, defence lawyer Ashwin Ganapathy pleaded for his client to be sentenced to 18 weeks' jail.

Wong's bail was set at $15,000 on Thursday and he was ordered to surrender himself at the State Courts on March 2 to begin serving his latest sentence.