Ex-security officer who stole $100,000 from hundreds of shops at Orchard Road turned his life around 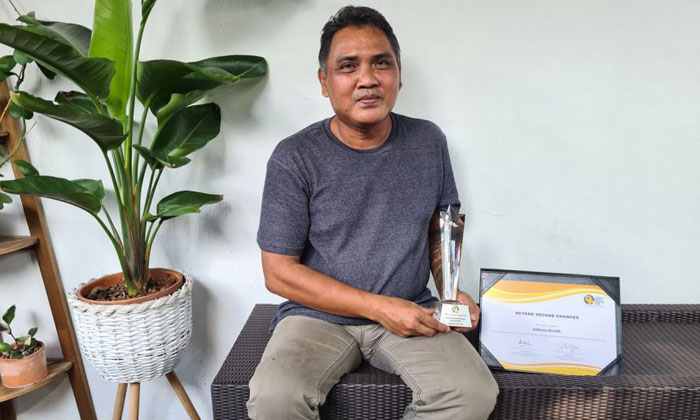 He was a security officer by day but a thief by night and he stole from the very people he was hired to protect.

Familiar with the layout of malls along Orchard Road, he used this knowledge to steal money from cash registers after closing hours, before sneaking out.

"I was tired of waiting for my salary each month and I needed money to sustain my lifestyle going to discos," said the ex-offender.

More than 15 years in jail up to 2009 did little to turn Mr Zulkhairee away from a life of crime. It was only when his then-two-year-old daughter visited him during his third time in prison that he was moved to change.

"I realised that when I saw and held her for the first time in two years. If I steal again, I will lose everything. This time it will be different for me," he recalled saying to himself.

On Wednesday (Dec 8), Mr Zulkhairee was one of 13 to receive the Beyond Second Chances Award at the Yellow Ribbon Awards ceremony.

This is the highest honour from the organisation to recognise ex-offenders, volunteers and others who have positively impacted former offenders.

Today, Mr Zulkhairee regularly volunteers at projects to support ex-offenders and has worked as a canteen operator in a school for the past six years.

There, he often gives motivational talks to students and teachers in hopes of inspiring them to do good.

Despite his record, he said his employers gave him a second chance after they heard his backstory and his commitment to change.

He said: "I talk to these youngsters about the challenges of growing up. I have pulled through these challenges with the support of friends and my family, and I keep moving forward."