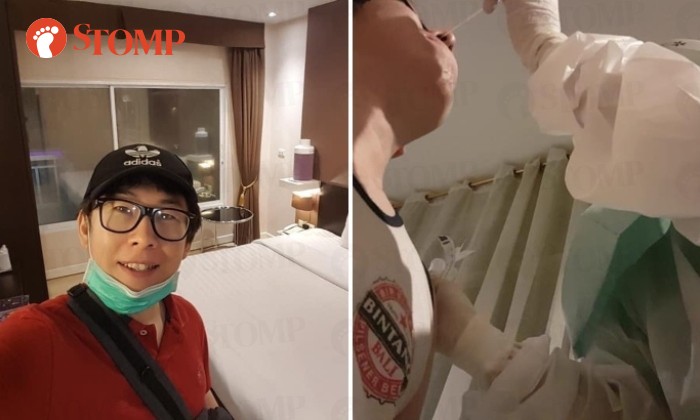 You would have probably heard stories from friends on how the 14-day stay-home notice (SHN) is like in Singapore.

You might have even come across Stomper Tim's SHN experience when he returned to Singapore from the United States in late March 2020.

Now, Tim, who used to represent Singapore in the Southeast Asian (SEA) Games for Archery, has given us a glimpse of how quarantine life is like in Thailand.

Stomper Michelle saw his Facebook post which included photos of his experience travelling to Thailand during this pandemic and sent us a link to the post.

On the way to my second hotel quarantine of the year. Follow this post for daily updates!

"Remember this Singaporean who returned from the US in March and shared his SHN experience?" Michelle said.

Tim left Singapore on Sep 18 to visit his family in Thailand.

Once there, he had to undergo Alternate State Quarantine (ASQ), which is somewhat equivalent to SHN in Singapore.

When contacted by Stomp, Tim shared: "Travelling internationally during this pandemic was not easy but I had to, due to family reasons.

"Not only were the Visa application processes and paperworks tough, but arriving in Thailand was no easy feat too.

"Security was tight and intense.

"There were nurses everywhere and we were marched around by the security team as though we were in the military. 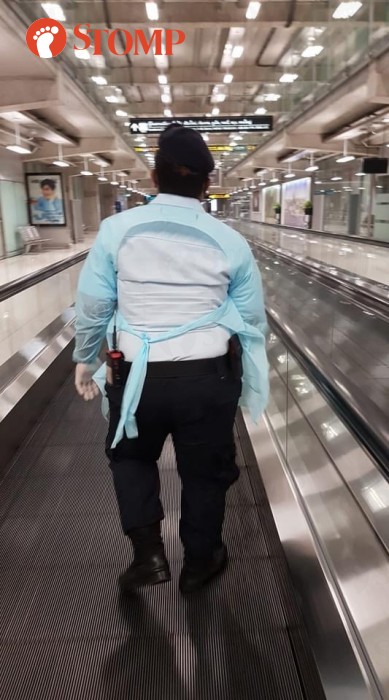 (Photo: Tim being "marched around by security")

"The experience has been very eye-opening, and I am impressed with the system and the security they have in place here."

And if you are wondering what the differences are between SHN in Singapore and ASQ in Thailand, Tim shared that firstly, he has to pay for his hotel stay in Thailand.

"Yes, I have to pay for ASQ, but that means I also get to choose where I want to stay," Tim added.

"I can also choose my three meals.

"In Thailand, I underwent a swab test when I arrived. When the swab test came out negative on day five, I could roam outside my room but within the hotel premises. 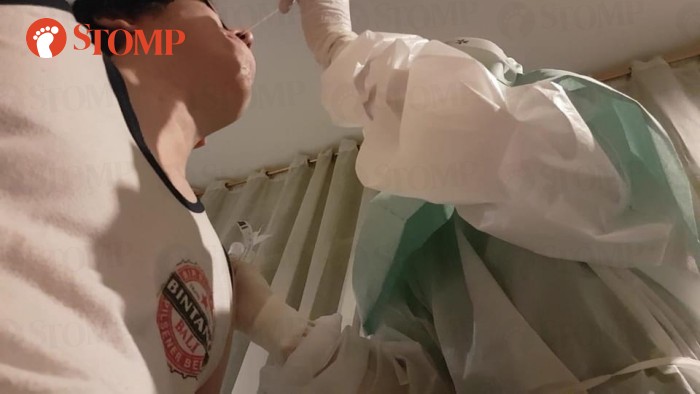 "During my SHN in Singapore, the hotel had been assigned to me and the meals were fixed.

"There was no swab test done on me and I was locked up for the entire 14-day period."

Tim shared that his ASQ is coming to an end soon, as his last day at the hotel is on Oct 3.

"I was definitely not looking forward to being quarantined again but at least I had the mental preparation from my first SHN experience," Tim shared.

"This experience also reminds me to be a law-abiding citizen because spending two weeks in confinement in the comfort of a hotel room with a television and WiFi is excruciating enough."