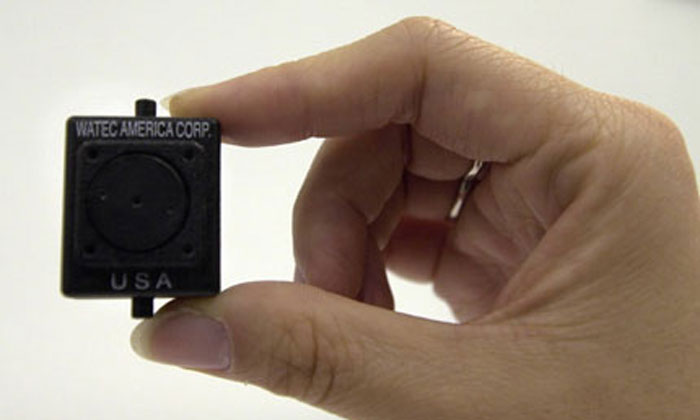 Using a pinhole camera, he took videos of his wife and sister-in-law showering at home.

The 36-year-old, who cannot be named due to a gag order, was an officer with the Singapore Civil Defence Force (SCDF) at the time. The New Paper understands the man has since resigned from the SCDF.

He was convicted yesterday on three charges of insult of modesty, with a fourth charge taken into consideration.

According to court documents, sometime on or before April 26 last year, the man used the pinhole camera to record videos of the victims in the common bathroom and the bathroom of the master bedroom.

Deputy Public Prosecutor Chong Yun Ling asked for a global sentence of 20 weeks, saying there was planning and premeditation on the man's part.

She added that there was grave intrusion as the offences took place in the home of the victims and they shared familial relations.

The man's lawyer Joel Heng told the court that the accused did not buy the pinhole camera for the sake of the offences, and that he had used it for work.

Mr Heng added that the accused took the videos as he was yearning for intimacy with his spouse, but District Judge Adam Nakhoda said he did not understand how that explained why the man took such videos.

"After that, I kept asking myself what have I done," he said.

He told the court that he had not been intimate with his wife for at least four years after having their child, and that he eventually moved to the guest room to sleep instead.

"I still hope to have a chance to rebuild my family," he said.

"I hope, after serving my sentence, to turn over a new leaf."

The judge adjourned sentencing to July 8, adding that he would accept further submissions during the next court date should the parties wish to make them.

For each charge of insult of modesty, the man can be jailed up to a year, or fined, or both.