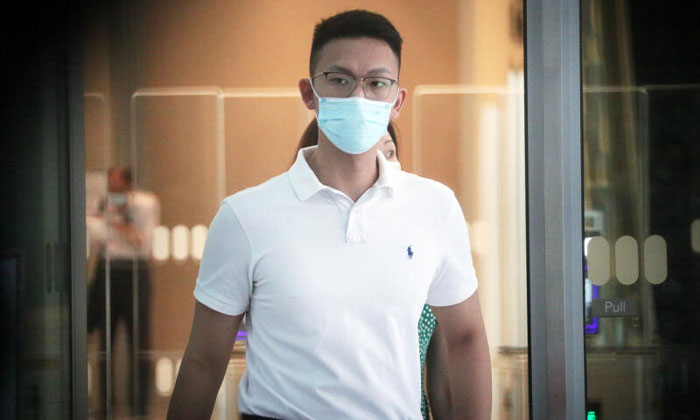 To fund his gambling problem, an OCBC Bank teller took money from a cash bag he was handed at the start of his shift that was meant to be put into his teller drawer.

To hide his illegal activity from inspection, Zechariah Wong An Yi forged the signatures of his father and a friend, and made cash withdrawals from their accounts to replace the missing money.

On Monday (April 25), Wong, now 26, was sentenced to 26 weeks' imprisonment for criminal breach of trust and misappropriating close to $10,000. Four other charges involving forgery were taken into consideration for his sentencing.

The court heard that Wong told a colleague on Nov 28, 2019, that he had taken money from his cash bag and asked if he could borrow $3,800 from her to replace it.

His colleague declined and the issue was raised to their branch supervisor.

Investigations found that on numerous occasions between Oct 1 and Nov 28, 2019, Wong would take a few hundred dollars from his cash bag to fund his gambling habit. He misappropriated $9,989 in total.

Wong used OCBC's signature verification system to access the signatures of his father and his friend, and forged their signatures to make withdrawals from their accounts. Neither of them was present when the withdrawals were made.

The court heard that they do not expect Wong to pay them back.

Wong's lawyer, Mr Jason Peter Dendroff, urged the court for a probation suitability report to be made, citing a psychiatrist's report that had found a causal link between Wong's offence and his gambling disorder.

He added that his client was being harassed by loan sharks.

However, Deputy Public Prosecutor Samyata Ravindran countered that general deterrence outweighed rehabilitation in the light of Wong's age at the time of the offence and the fact that such offences involving financial institutions undermine the public's trust in them.

District Judge Ronald Gwee agreed with the prosecution, noting the seriousness of Wong's offences over a period of two months, which the accused had covered up.

Judge Gwee said that while there may not have been monetary loss to the bank, restoring the money in the way Wong had done did not make it right.

The judge also asked that the psychiatric report be sent to the prison service for Wong to be treated if deemed necessary.

For criminal breach of trust while being employed by OCBC as a bank teller with money entrusted to him, Wong could have been jailed for up to 30 years and fined.

Related Stories
Woman who misappropriated nearly $550k while working for clinic operator gets jail
Dental assistant continued to steal from clinic despite being given second chance
Man jailed for role in misappropriating over $461,000 of investment funds
More About:
bank
ocbc
court
money
forgery
criminal breach of trust