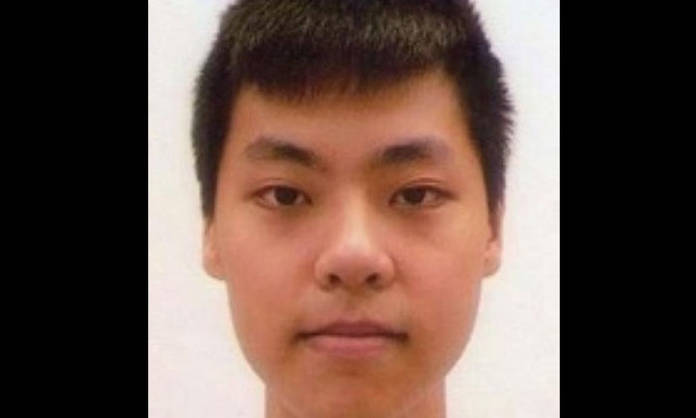 A former National University of Singapore (NUS) graduate student who punched his mother in the face and used a metal padlock to hit her groin was sentenced on Tuesday (March 23) to 56 weeks' jail.

Andy Koh Ju Hua, who was a master's student at the time of the offences, pleaded guilty on March 16 to four counts of voluntarily causing hurt to the 68-year-old woman.

The Singaporean, now 30, had also barred her from taking a shower or making noise at home.

Deputy Public Prosecutor Magdalene Huang had earlier urged the court to sentence Koh to at least 50 weeks’ jail, stressing that he had ill-treated and mentally abused his mother.

Citing reports from Pave Integrated Services for Individual and Family Protection Specialist Centre, she said that Koh had banned his mother from drinking any other liquids besides plain water.

On one occasion, he ordered her to stand by a sink with an ice-pack to her face for 12 hours after punching her.

He would watch her from his room and threatened to hit her if she put her hand down.

On other occasions, he struck his mother’s head with a remote control, leaving a scar, and threatened to hit her genitals with a hammer, the court heard.

DPP Huang added that Koh had barred his mother from answering the door and did not allow her to interact with neighbours.

The court also heard that the woman could wear only old and torn clothes so it that was difficult for her to escape and seek help.

Pleading for leniency, Koh, who was unrepresented, disputed certain points in the Pave reports and said, among other things, that the family did not have a hammer at home.

He added that he had done a “silly thing” and did not know why he had committed the offences.

In an earlier statement, NUS said that Koh is no longer with the university.

Its spokesman added that he had been on a leave of absence since August 2019.

He did not return to his studies after his leave expired and his candidature was terminated in January this year.

His mother had run away on several occasions to seek shelter with other family members.

She had also been hospitalised and placed in a safe house.

Despite these, she insisted on returning home each time.

The court heard that the mother initially refused to make a police report as she did not want to jeopardise her son's future.

The acts of abuse started some time in 2017.

Koh, who claimed to suffer from a psychotic disorder, also kneed his mother in the groin in January 2018. The woman then called a relative for help.

Her niece found her at another block of flats in an unkempt state. The mother also complained of pain in her lower abdomen.

Her niece wanted to call the police but the older woman refused. When she went to the hospital, she said she had had a fall in order not to implicate her son.

In December 2018, Koh hooked a metal padlock around his finger and swung it towards his mother's genital area multiple times because he was "angry over certain issues".

The woman called her brother for help, and he found her with a swollen face and bloodstains on her gown in her groin area.

She was taken to Sengkang General Hospital and found to have facial injuries, including a nasal bone fracture, and bruising in her pubic region.

She was also found to have anaemia, which was attributed to a vitamin B deficiency, post-menopausal vaginal bleeding and multiple bruises.

The police were called but she told them that she fell in the toilet.

In June last year, her nephew called the police to report the case of family violence after she ran away to a relative's house. The relatives described her state as frail and dirty.

She finally told the doctors that her son had punched her and added that she felt pain in her lips and chin.

Police investigations then found that Koh had punched his mother in the mouth three times.

The Straits Times went to the victim’s flat on Tuesday, but no one answered the door.

The potted plants near the unit were withered, and a pair of shoes next to the door were covered in a thick layer of dust.

A neighbour living in the opposite unit declined to speak to ST.

Other neighbours on the same floor that ST spoke to said they were unaware of Koh’s acts of abuse.

Mr Ashok Darapuneni, 35, said his family moved in at the start of 2019 and has not interacted with Koh’s family before.

Mr Andy Siow, 36, who lives in a unit on the opposite end of the block from the victim’s flat, also said he does not know the Kohs.

“I have never been to that area,” he added.