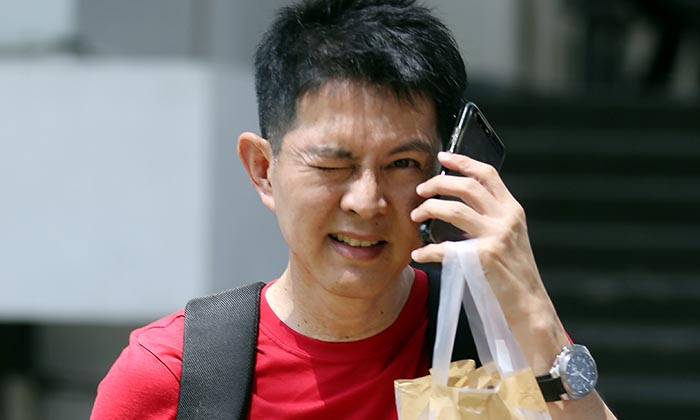 A former National University of Singapore (NUS) senior psychology lecturer fled to Malaysia after molesting five teenage boys at a school camp and was on the run for 17 years before he was sent back here in December 2016.

The teenagers were in Secondary 1 when Chan molested them at the Guillemard Camp in Old Airport Road during a three-day school camp in June 1999.

Chan failed to turn up in court on Nov 29 that year and a warrant of arrest was issued against him.

The former president of the Singapore Psychological Society later had his contract terminated by NUS after he failed to turn up for work.

Chan was reported to have had his own company, known as Procamps, to teach study skills to youngsters. He also organised camps for children during school holidays.

During the trial, a man who had been on the 1999 trip told the court how he had been sitting on a bed chatting with a friend when Chan started massaging his thigh.

The man told the court that he pushed Chan’s hand away when it moved to his private parts. The victim’s friend, who also testified, said he was “shocked” at what he witnessed.

Three other former campers also told the court during the trial that Chan had touched their genitals that night.

The fifth victim said that Chan had targeted him on the second day of the camp by applying powder onto his private parts before molesting him.

A Secondary Two student leader entered a boys’ bunk on the second night when he saw Chan touching one of the teenagers’ private parts.

Unsure of what to do, the student leader asked Chan about a debriefing session and left before alerting a teacher the next day.

The teacher interviewed one of the victims who revealed that Chan had also targeted his other schoolmates.

The teacher then told the school principal who lodged a police report. Officers arrested Chan on Nov 27, 1999.

He was released on bail and was supposed to turn up in court two days later when he absconded and fled illegally to Malaysia.

Chan, who obtained his PhD from Oxford University, was last seen at NUS on Nov 23, 1999.

It was not stated how he was caught in Malaysia but he was finally sent back to Singapore on Dec 7, 2016.

Deputy Public Prosecutor James Chew said that Chan “appears to be contending that the victims had framed him because of their unhappiness with the harsh, regimental style of the camp, and in particular, because he had conducted a harsh, punishment session on all the campers on the first night”.

The DPP added that this contention was “baseless, far-fetched, and has no merit whatsoever”.

On Monday, DPP Chew said that the former lecturer has a history of absconding and urged Judge Shaiffudin to revoke his bail.

The DPP added: "The presumption of innocence no longer applies."

Defence lawyer Ramesh Tiwary pleaded for his client to be given bail, saying that Chan had been turning up in court "punctually every single time" for the last two years.

Judge Shaiffudin allowed Chan to be released on bail, with an added condition that the former lecturer must report to the investigation officer every day.

For each count of molestation, offenders can be jailed for up to two years and fined or caned. Chan cannot be caned as he is over 50.

Related Stories
Man repeatedly touched woman's thigh while she was driving despite her pleas for him to stop
Security guard who broke into CCK condo and cut open maid's top before molesting her jailed
Man molested 6 girls by squeezing their thighs and buttocks at Hougang Swimming Complex
More About:
arrest
molest
NUS