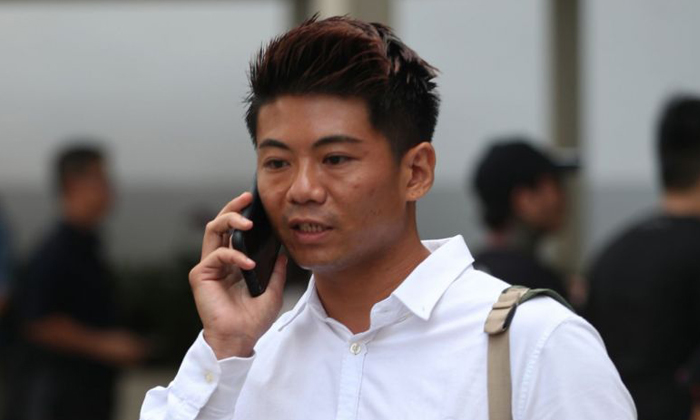 A muay thai instructor offered Thai massage to one of his female trainees even though he was not trained to perform it.

He then sexually assaulted the woman while massaging her.

On Wednesday (Jan 22), Tan Wai Luen, 30, was found guilty of sexually penetrating the 33-year-old woman without her consent.

He is one of the co-founders of Encore Muay Thai in Joo Chiat Road, but is no longer an instructor there.

In delivering her verdict on Wednesday, District Judge Ong Chin Rhu said that the victim's testimony in court was credible.

The judge said Tan "lacked credibility" and his version of events was "contrived".

The victim, who cannot be named to protect her identity, testified that she attended a free trial class at Encore Muay Thai on Oct 1, 2016, after she saw an advertisement on Facebook.

Tan was the instructor of the class, which had three other women whom she did not know.

Deputy Public Prosecutor Kavita Uthrapathy, in her submissions, told the district judge that the woman was alone with Tan after the lesson when the other three left and he sat her down to discuss gym packages.

The DPP said: "At some point during the discussion, the accused offered the victim a free Thai massage and told her that he was the only one at the gym who was trained to do Thai massages.

"The victim accepted the offer of a free Thai massage and as directed by the accused, proceeded to the area in the gym with a massage table, closed the curtains and took off her clothes, except for her panties, lay face down on the massage table and covered herself with a towel."

The court heard that Tan started massaging the woman before he sexually penetrated her. She shouted at him and the massage continued for about 15 minutes after that.

The woman was about to leave the gym after dressing up when she noticed that its main door was locked from the inside. She unlocked the door by turning a knob and left.

"That was when it dawned upon her that the entire ordeal was premeditated and the accused had deliberately locked the main door," said DPP Kavita.

The next day, the woman told another co-founder of the gym about her ordeal and the latter lodged a police report.

DPP Kavita said that Tan initially denied giving the woman a massage in his statement to the police, but later admitted that he had done so during the trial.

She added: "His about-turn... only reinforces that the accused is someone who is prone to lying and fabricating his evidence as he goes along.

On Wednesday, the DPP urged the court to sentence Tan to eight years' jail with four strokes of the cane, stressing that he had abused the trust placed in him and had shown no remorse.

For sexually penetrating the woman without her consent, he can be jailed for up to 20 years and fined or caned.

Related Stories
Muay thai instructor accused of sexually assaulting woman with finger while giving her 'massage'
Doctor cleared of raping patient but convicted of sexual assault for inserting fingers into victim
Bangkok masseur accused of raping tourist, says it was consensual sex and she tipped him
More About:
court
sexual assault