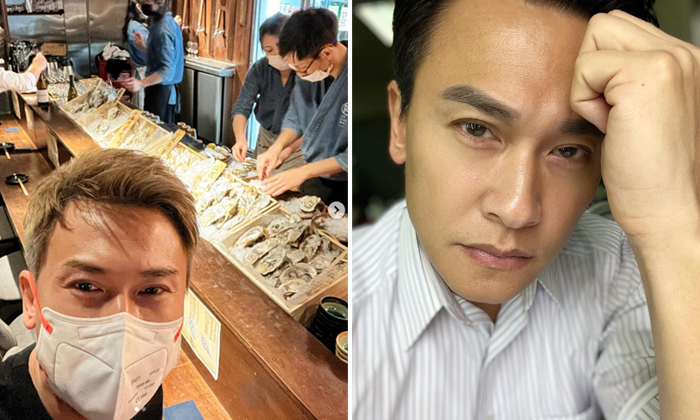 Former Mediacorp actor-host Jeff Wang's restaurant in Taiwan was recently splashed with faeces, although the incident was not linked to the restaurant.

Taiwan's Apple Daily received a tip-off from a reader last week about an incident that happened last month at PS Sake Bar, a Japanese restaurant in Taipei opened by Wang and his friend in late 2020.

The incident involved someone who had a financial dispute with a female customer of the restaurant. According to Apple Daily, the person followed the customer to the restaurant, waited for her to finish her meal before throwing faeces at her when she left the restaurant.

The restaurant called the police and cleaned up the premises later.

Wang's manager told Apple Daily that the matter has been resolved satisfactorily and he could not say more as it was a private matter.

"Please be assured that we have beefed up measures to safeguard the safety of customers," the manager said.

Wang, 45, who announced in December that he had changed his Chinese name from Chien-fu to Chen-fu, was the male winner of Channel 8 talent hunt Star Search in 1999 and a full-time Mediacorp artiste from 1999 to 2009.

The former City Beat host is now an established actor in Taiwan and has starred in many long-running television dramas such as Feng Shui Family (2012 to 2014) and The Way To Happiness (2017 to 2018). He can be currently seen in the TV serial Life Is Beautiful, which premiered in Taiwan on Thursday.