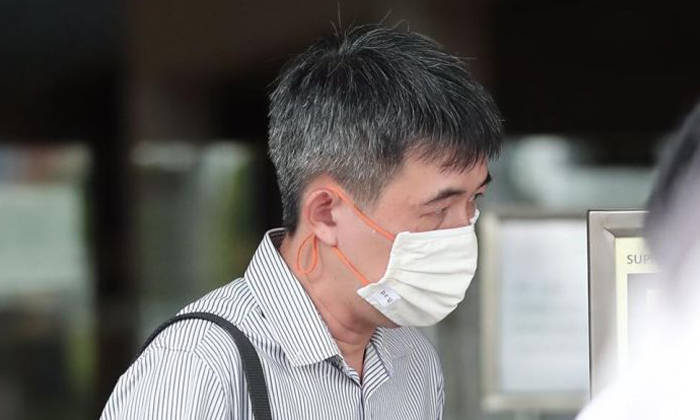 The former Grab driver accused of trying to rape a drunk passenger has chosen to testify from the stand at his trial.

Tan Yew Sin, 46, is said to have fondled the 19-year-old and tried to have sex with her without her consent in the back of his car.

He was asked to give his defence on Monday (March 29) after failing to persuade the court that the prosecution had presented insufficient evidence to show a lack of consent.

Tan, who is married with three children, opted to take the stand to give his account.

He denies one count each of attempted rape, sexual assault by penetration and outrage of modesty.

The driver admitted to the police that he had fondled the teenager and tried to have sex with her in his Kia Carens in the early hours of May 19, 2018, but claimed it was consensual. The prosecution argued she did not consent and was not capable of doing so as she was severely intoxicated.

Earlier this month, Tan's lawyer, Mr Chenthil Kumarasingam, said the prosecution had not made out a strong enough case to require Tan to answer.

Calling for Tan to give his defence at the High Court, Justice Pang Khang Chau said the issue of consent in this case had to be inferred from the facts. This was because the woman had no memory of the sexual encounter and was unable to give direct evidence on whether she had consented.

The judge said that despite evidence which appeared to be detrimental to the prosecution's case, it was still reasonable to infer that there was a lack of consent.

On the one hand, the judge noted that Tan had told police that he did not expressly seek the woman's consent. This was consistent with the audio from the in-car camera.

But the camera recording also showed the woman made noises during the sexual acts. This could imply she was actively participating or they were an automatic response to physical stimulation, said the judge.

As for whether she was too drunk to be able to consent, he noted that the woman's blood alcohol content was high enough to impair judgment.

CCTV footage showed her walking unsteadily. She was crying in the car and, at some points, knocking her head against the window.

Minutes after Tan helped her get into the condominium, she inexplicably walked out and was later found lying on the road.

On the other hand, she was able to confirm her address to Tan and say no to him when he tried to initiate sexual contact with her a second time, the judge noted.

The case was adjourned for trial dates to be fixed.