Ex-DBS employee cheated clients of over $400,000 to pay off gambling debts 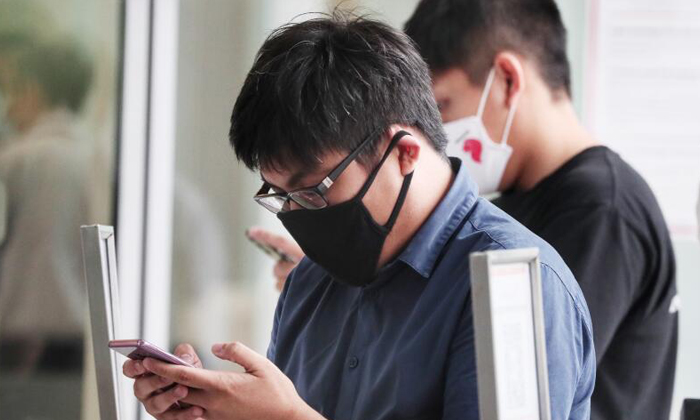 In a bid to pay off his growing gambling debts, a former DBS wealth planning manager cheated four people of more than $400,000.

He had earlier pleaded guilty to three charges of cheating, as well as one count of forgery and one involving the use of his benefits from criminal conduct.

Seven other charges - five of cheating, one of forgery and another involving illegal remote gambling - were taken into consideration during sentencing by District Judge Teoh Ai Lin.

Court documents state that Loh was employed by DBS between September 2017 and November 2018, when his offences were discovered.

Some time around October 2018, he decided to fraudulently obtain funds from his clients to settle his escalating gambling debts.

Loh told two of his victims that they could place a fixed deposit with DBS, earning a higher interest than they typically would from savings accounts.

The victim did as she was told and left it to Loh to place a fixed deposit for her as she was unfamiliar with how to do so.

He then asked her to log into her bank account using his iPad and gave her detailed instructions, which resulted in the woman transferring $250,000 to his bank account.

Loh lied to a third victim, a 50-year-old Sri Lankan man, about a supposed DBS share ownership scheme which was exclusive to the bank's employees.

Saying that he wanted to help the victim participate in the scheme to capitalise on its high interest rates, Loh told the man to transfer money to his bank account first, with an assurance that DBS would issue a letter guaranteeing the money used.

Loh later gave the man a letter allegedly from DBS, about the sum transferred, which he had forged using the bank's letterhead and stamp.

Court documents state that Loh met the last victim, a 34-year-old woman, at the DBS branch at Woodlands Civic Centre on Nov 13, 2018.

Pretending to assist the woman in placing a fixed deposit of $100,000 with the bank, Loh instead transferred the sum to his personal account.

As the victim could not view the details of her supposed fixed deposit, she asked Loh about the transaction.

Loh replied that this was due to a system delay, and the woman left the DBS branch.

Later that day, Loh called the victim and told her that $50,000 would be transferred back to her, with the remaining amount placed in a fixed deposit with a guaranteed interest rate of 2 per cent per annum.

He then transferred $50,000 back to her for unknown reasons, court documents state.

On Nov 15, 2018, the woman asked Loh again why she was unable to view the details of her fixed deposit.

When he replied that he was on leave, she sought clarification at another DBS branch. She was then informed that DBS did not have any records of the fixed deposit being placed and that the bank would investigate the matter.

The next day, Loh's bank account was frozen and a police report lodged.

Court documents state that he had made 20 bank account transactions involving $88,000 in all between Oct 8 and Nov 14, 2018. The sum was used to buy virtual credits, which he used to gamble.

He has since made full restitution to DBS, which had compensated all his victims.

On Wednesday, District Judge Teoh granted Loh's request to defer his sentence to Jan 18 so that he can settle some personal matters, including a housing loan.

For each of his cheating offences, Loh could have been jailed for up to 10 years and/or fined.

He could also have been jailed for up to four years and/or fined for his forgery offence.

For using the benefits of his criminal conduct, Loh could have been jailed for up to 10 years and/or fined up to $500,000.

Related Stories
Widow left with $99 after life savings of over $54k wiped out in Viber scam, police investigating
Another woman scammed of almost $60k after getting Viber call from 'police from DBS'
Woman jailed after taking $17,000 mistakenly transferred to her by love scam victim
More About:
court
money
scam
Dbs