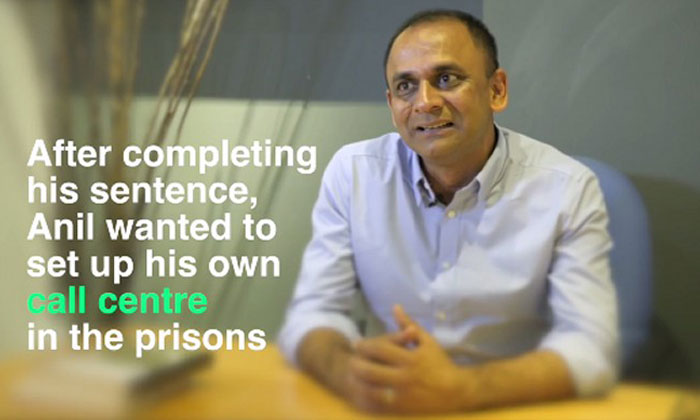 Ex-convict Anil David managed to overcome all odds to start his own call centre and help others like himself.

As an ex-convict, Anil knows how hard it is to be reintegrated into society or find a job after serving his or her time in jail.

According to Honours Singapore's Facebook video, Anil had to leave behind his wife and 2 daughters but that was what pushed him to change. He said that he 'must do something in my life that (his) daughters can be proud of' and that that was 'his redemption'.

Then, he went on to set up his own call centre, giving opportunities to inmates and the less fortunate in society.

Of course, he was met with various obstacles, one being that banks were unwilling to give him loans due to his criminal record. However, he received help from benefactors and managed to establish Agape.

Find out more in this video below: