Ex-CEO of Prive Group who assaulted boy, 13, gets 12 months of mandatory treatment 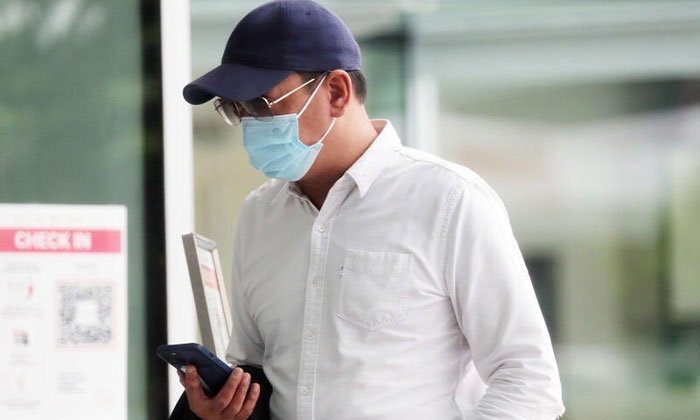 The former chief executive of food and beverage firm The Prive Group who verbally and physically assaulted a 13-year-old boy was sentenced to 12 months of mandatory treatment on Tuesday (March 29).

A report to see if Vu Han Jean-Luc Kha, 44, would be suitable for a mandatory treatment order (MTO) for bipolar disorder found he could have suffered a "manic episode with possible psychosis" which could have provided a contributory link between his mental illness and the offences.

Deputy Public Prosecutor Goh Yong Ngee asked for Kha's sentence to be delayed to give the prosecution time to decide if it would appeal the sentence. The prosecution had earlier asked for at least eight weeks' imprisonment with a fine.

Kha was last year convicted of one count of assault and another for harassment of the boy he had met in a lift in Nov 22, 2019.

The court heard that the victim and his then 12-year-old brother were in a lift in Parklane Shopping Mall in Selegie at around 8.15pm when an intoxicated Kha and another man, then 41, joined the boys.

Kha directed lewd comments at the victim, causing him to feel alarmed.

DPP Goh said that for no apparent reason, Kha then punched the victim on the left temple, causing him to fall backwards and slam his left upper arm on the elevator's handrails.

He then hurled vulgarities at the victim, who grabbed Kha's hands to prevent him from hitting him again.

The other man held Kha back and pushed him out of the lift after it stopped on the first storey. But Kha refused to leave and slapped the victim on the left cheek.

A man who saw the attack detained Kha and the other man and called the police.

The victim suffered injuries, including a bruised temple, and was still scared of taking a lift about a year later. He also experienced flashbacks of the attack and had difficulties sleeping.

On Tuesday, Kha's lawyer Teh Ee-von told the court: "My client was in a manic episode at the time and he was not consciously aware (the victim) was a minor. He did not single out the victim because he was a minor."

District Judge Lim Tse Haw reminded Kha of the consequences of breaching the MTO, which include revocation.

The judge noted that the suitability report, prepared by a psychiatrist from the Institute of Mental Health (IMH), stated that Kha suffers from bipolar disorder, a treatable mental illness. The report also said Kha has since been responding well to treatment.

He called the offences "deplorable", noting Kha's unprovoked attack against a vulnerable and young victim.

However, Judge Lim said he was of the view that the offences "are not too heinous to rule out rehabilitation" since it is possible there was a contributory link between Kha's bipolar disorder and his offending behaviour.

For assault, Kha could have been jailed for up to two years and fined up to $5,000.