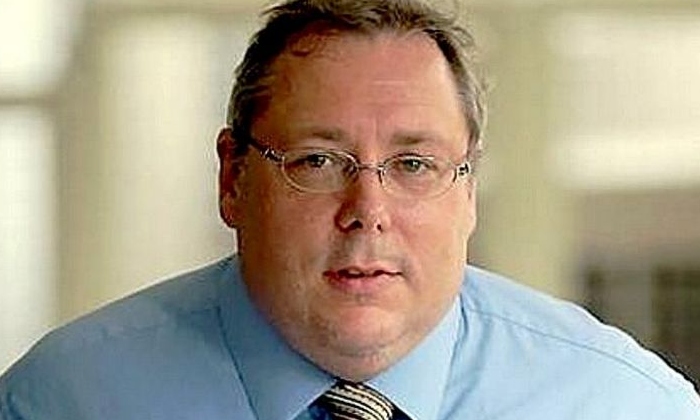 During a police raid at the home of a former senior bank executive, DVDs and other electronic devices containing 245 obscene films were seized.

Ten of these films contained child pornography, with some involving children possibly as young as four years old.

Michael Frank Hartung, a former employee of Deutsche Bank, was sentenced to 12 weeks' jail yesterday after pleading guilty to two counts of possessing obscene films. Two other charges of possessing films without a valid certificate were taken into consideration by Senior District Judge Bala Reddy during sentencing.

Hartung is currently serving a jail sentence of 5½ years for sharing information to promote child sex activities in the Philippines, of which he was convicted last year after a trial in the State Courts.

The 49-year-old German national and Singapore permanent resident is appealing against that conviction and sentence, court records show.

During the trial last year, the court had heard that Hartung distributed the information to four men without realising that they were undercover police officers.

The prosecution had said then that Hartung gave advice on possible destinations for a sex tour featuring minors overseas and shared his personal experience with procuring young girls for sexual services, among other things.

Yesterday, the court heard that the police had seized various items, including mobile phones and 235 DVDs, in a raid on Hartung's residence on Aug 30, 2016.

Seven of those films contained child abuse material, portraying pre-pubescent children engaged in sexual poses and activities with adults and other children.

Another 20 obscene films, three of which feature adult men performing sexual acts on young girls, were found in other electronic devices seized.

In urging the court to jail Hartung for at least 15 weeks, the DPP noted, among other things, the high degree of child sexual exploitation on at least 10 of the films and the "deeply depraved nature of the acts performed on the child victims".

The judge ordered for Hartung's new sentence to commence after he had served his current one.

For each charge of possessing obscene films, Hartung could have been jailed for up to six months and fined at least $500 per film, to a total amount of up to $20,000.

Related Stories
S'pore PR charged over promoting commercial sex with a minor overseas
Man shared info to promote child sex in the Philippines with guys -- who turned out to be undercover cops
Australian paedophile admits to abusing 44 minors, including 5 children in Singapore
More About:
Courts & Crime
court
jail
child pornography