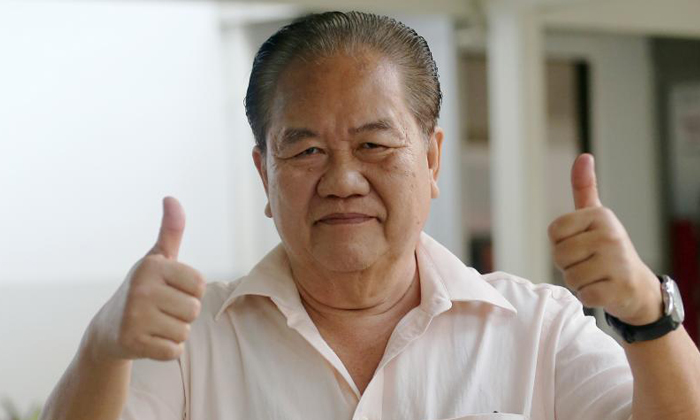 More than 200 pieces of luggage belonging to passengers of Singapore Airlines (SIA) and SilkAir ended up at the wrong destinations after an airport baggage handler swopped the tags because he was unhappy with his duties.

On Monday (Nov 11), 66-year-old Tay Boon Keh was sentenced to 20 days' jail for mischief. Under the Penal Code, it is an offence to cause wrongful loss or damage to another person's property.

In what is believed to be the first case of its kind, Tay pleaded guilty in October last year to 20 counts of mischief. Another 266 similar charges were considered during sentencing.

As a result of Tay swopping the tags of 286 pieces of luggage, the two carriers had to pay compensation totalling more than $42,000 to 221 affected passengers.

At the time of the offences - between November 2016 and February 2017 - Tay was employed by industrial equipment supplier Lian Cheng Contracting, a subcontractor of Changi Airport Group (CAG). He is no longer working at the airport.

The court heard that he was suffering from major depressive disorder during that period. A Newton hearing was held to determine if there was a causal link between the offences and his condition.

On Monday, District Judge Jasvender Kaur said she found that his major depressive disorder "had not caused or significantly contributed to the offending".

She added that she accepted evidence from the prosecution's psychiatrist Dr Tor Phern Chern, who had earlier testified that patients who suffer depression in relation to their work would "experience impairment" in areas such as performing their tasks properly.

The judge added: "In the case of the accused, he remarkably continued to go to work diligently during the entire period of offending.

"The accused stopped swopping the luggage tags immediately upon his transfer in February 2017 to an easier job. Dr Tor pointed out that... if the (major depressive disorder) was causing him to do the swopping, he would not have been able to stop immediately."

She also said that Tay's offences were "not trivial" and they resulted in "significant monetary and reputational losses" to the affected carriers and Changi Airport.

"The accused had come up with a plan to exact revenge on his employer for perceived unfair working conditions and abused his position... over close to 3½ months," said Judge Kaur.

Tay started work on Sept 7, 2016, and was deployed to the Explosives Detection System X-ray machine at Belt 5-7 later that month.

Whenever there was a breakdown, Tay had to move the bags from Belt 5-7 to another X-ray machine at Belt 7-5 about 6m away.

Tay had told his supervisor that it was physically tiring work. However, as the company's manpower was limited at the time, the firm did not deploy additional staff.

DPP Thiam added: "Finally, out of frustration and anger at Lian Cheng, the accused came up with a plan to swop the baggage tags attached to the luggage bags that he handled with other baggage tags.

"The accused was alone when he performed the swopping of the tags, and he did it in an area which was out of CCTV view."

His offences came to light after SIA and SilkAir told ground handling company Sats that some of their passengers' baggage tags had been tampered with. Sats made a police report on Dec 7, 2016.

CAG had earlier told The Straits Times that it was an isolated case of mischief. It has since enhanced access control as well as closed-circuit television (CCTV) coverage in the baggage handling area. Patrols have also been stepped up, said CAG.

Tay was represented by Mr Lok Vi Ming, a senior counsel, and Mr Tang Jin Sheng, both of whom acted pro bono. Mr Tang told Judge Kaur on Monday that their client was remorseful.

For each count of mischief, offenders can be jailed for up to a year and fined.