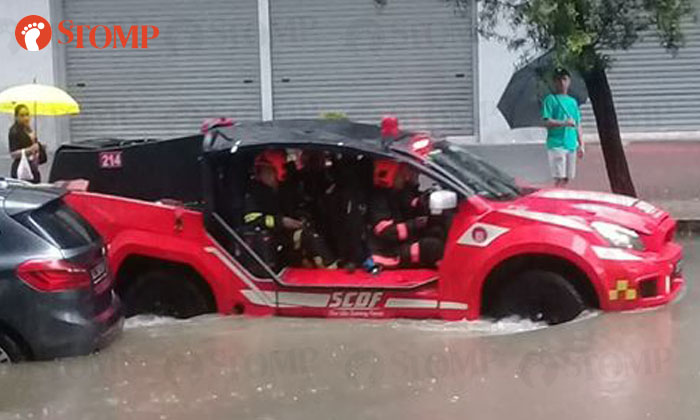 Stomper Arun was on the way to work when he chanced upon the incident.

In photos and a video taken by Arun, a Red Rhino is seen driving through the road that was submerged in murky water.

Arun said: "My office was just opposite this place, but I was walking along the main road so I wasn't affected by the flood, the main road wasn't flooded yet.

"I think the flash flood might have occurred because there was a heavy rain early morning, at about 7 plus.

"The flood subsided at about 12pm on the same day."

The Public Utilities Board also posted on their Twitter on Saturday saying that heavy rain was expected from 6.55am to 7.45am.