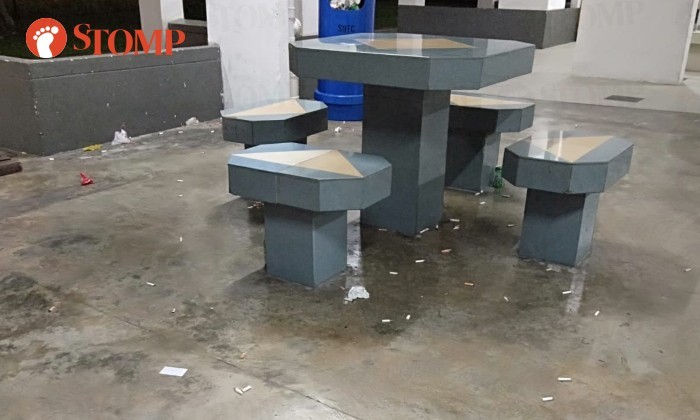 Sembawang Town Council has notified relevant authorities after cigarettes and rubbish were found strewn at the void deck at Block 503C Canberra Link.

Stomper S shared photos of the littered void deck that she took on Oct 3 at 6.30am and said that this has been happening for about a month. 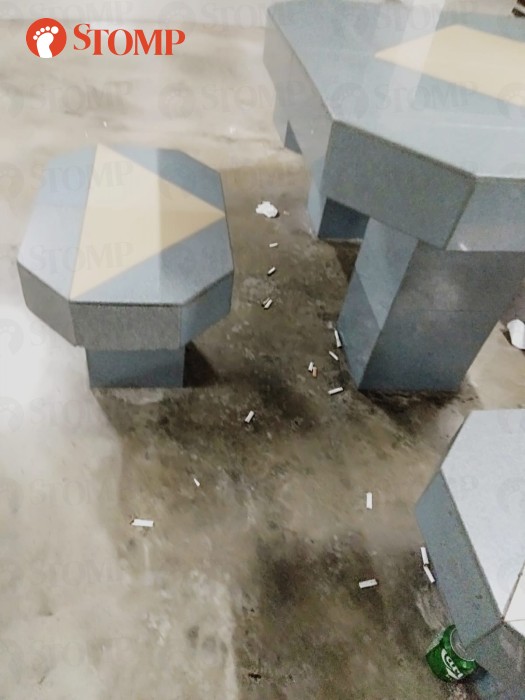 The photos show many cigarette butts being littered on the ground.

"This is what I see daily, especially on the weekends," S said.

"Some people have late night gatherings and smoke at the void deck. After they smoke, they will just toss their cigarette butts to the ground, which makes the area so dirty.

"I feel very sorry for the poor cleaner who has to clean this up. I also feel really bad for non-smokers and children living nearby - just look at the amount of cigarettes they are smoking every night."

In response to a Stomp query, Sembawang Town Council said that they are aware of the group of people hanging out at the void deck.

"The police have been notified and they have also stepped up on the enforcement in this area," said the town council spokesman.

"The National Environmental Agency (NEA) has also been requested to step in to handle the smoking issue at the void deck.

"Our cleaners have been asked to pay particular attention to the cleanliness of the void deck at this block."

The spokesman added that 'No Smoking' signs have also been pasted around the blocks.