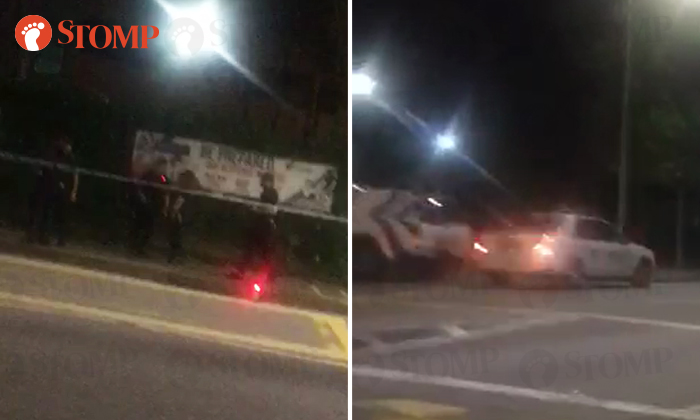 Police are investigating an incident of an empty bullet cartridge found along Yishun Street 81 on Saturday night (Sep 22).

Stomp understands that the empty bullet cartridge was from a 5.56mm assault rifle.

It was discovered along a road, outside Orchid Park Secondary School, by a passer-by who kicked the object and then alerted the police.

Stomper Kohji Toh was outside the school at around 9pm when he noticed several police officers at the scene.

The local singer-songwriter told Stomp: "An area was cordoned off.

"I think there were around 10 police officers.

"They later appeared to collect something from the cordoned-off area."

In response to a Stomp query, the police said that they responded to a case along Yishun Street 81 at 8.09pm, where an empty bullet cartridge was found at the said location.

Check out photos that Kohji took at the scene in the gallery.